Following on from the previous post. The charging French dragoons were originally painted as a large 'old school' unit - so there are quite a lot of them. (Enough for 3 of my smaller 8 man units if I paint up two more standard bearers and musicians)

Having done the first unit with a straight swap of heads with tricorn I decided to be a bit more adventurous. and make a unit in forage cap.  I used the 'bonnet de police' from the SYW French infantry - again it fits quite well and looks fine size wise. 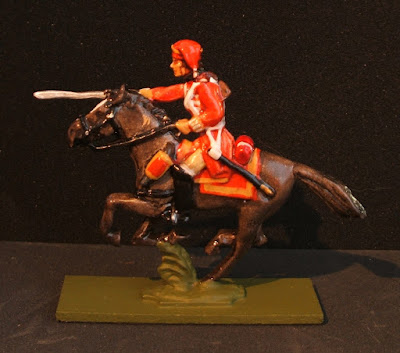 I have to admit that this combination of the Karoliner charging cavalry and the new SYW heads is really growing in me, and I might cast up some more? 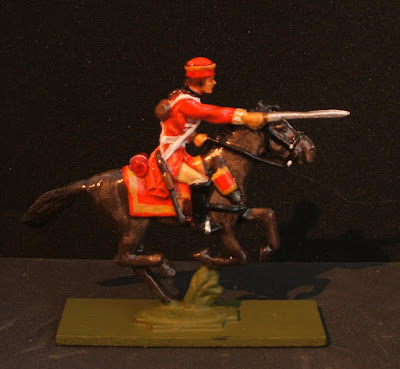 Interestingly, when I started this project all I asked PA to produce were some more heads!
Posted by SteveM at Sunday, January 27, 2019 7 comments:

What a difference a head makes?

I had a game using the 'King of the Battlefield' rules last week - well worth a try if you have not used them.

During the game I thought how well the Russian cavalry, which are Karoliners, converted during casting/assembly with the new SYW heads fitted in with the new range. Rather than sidelining the old figures, I decided to try and 'upgrade' some of my painted units - something I was nervous about, as potentially it could ruin them - however I think I got away with it.

I am not suggesting there is anything wrong with the older figures, however all of the new range have larger hats and more facial detail - so the older ones look a little out of place - the photo below shows the difference. 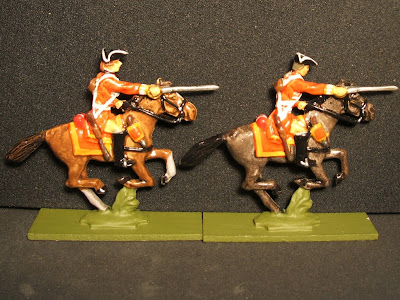 One of the units in action before change. 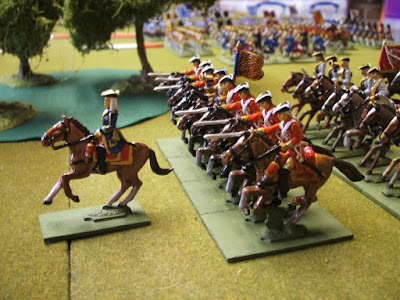 And the same unit after the head swap. 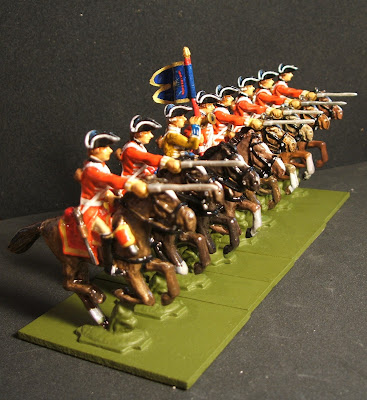 The process I adopted was much easier than I had expected - the important thing is to keep things as clean as possible (it was done with the figures on the bases), as follows: