Richard Hattersley has now painted the figures to be photographed for the front of the packaging - these are imposing chaps. 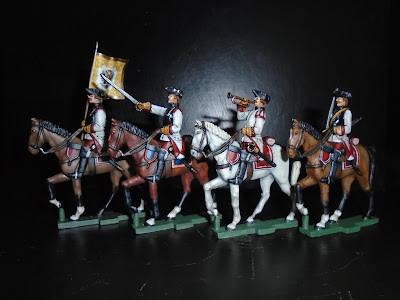 He has chosen regiment De Ville, which I was surprised to see had natural leather belts, which makes an interesting change (http://www.kronoskaf.com/syw/index.php?title=De_Ville_Cuirassiers). 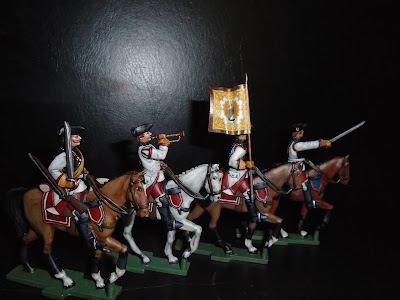 Hopefully they will be available soon?

I have now cast and painted a second 'troop' of cuirassier regiment Maximilian, and also corrected the saddle cloth colours of the officers - which I am advised were blue - they do look quite impressive! 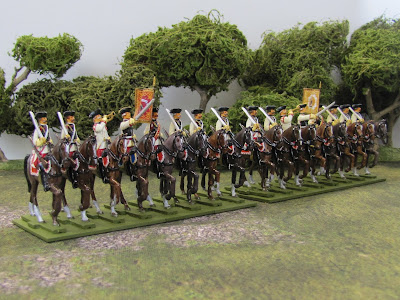 I have also finished a troop of regiment Alt Modena - the only cuirassier regiment in the army with blue facings.  I often play games with non-historical line ups, and it is useful to be able to easily distinguish a unit which may be fighting on the other side. 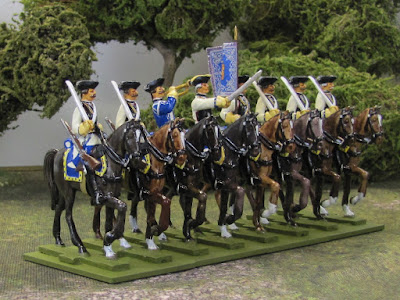 Before anyone puts me straight - I know the saddle cloth trim is probably incorrect (although there is a suggestion there could have been as shown), however it suits my style, ability and patience. 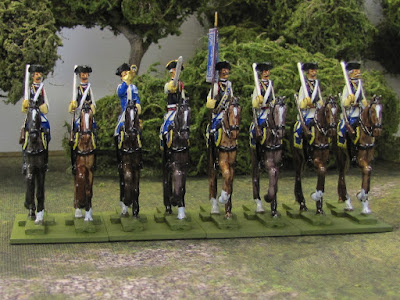 With respect to the size, I also took a couple of photos of them against the Russian marching infantry, which are the most upright. 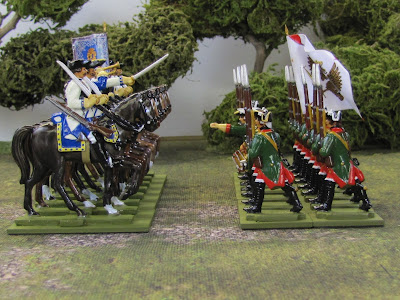 They do not look all that out of scale, and horses are fine for cuirassiers, however the riders are too big. 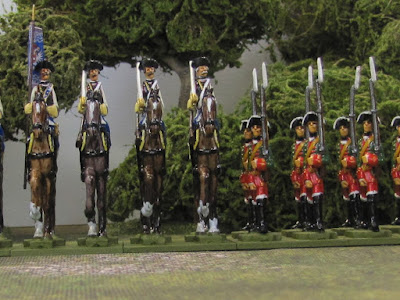 
Sculpting of the dragoons is well underway, and the current plan is that there will be an officer, a standard bearer, a drummer and a trooper.

Th original plan was for a trooper and horse in postures similar to to that of the cuirassiers. However I am having second thoughts on this, and think they might look better on a trotting horse for more variety - any thoughts?