Steven Marthinsen has kindly sent me some photographs of his completed PA Austrian and Russian Artillery - in both cases he has increased the crew to five by adding in an officer figure. 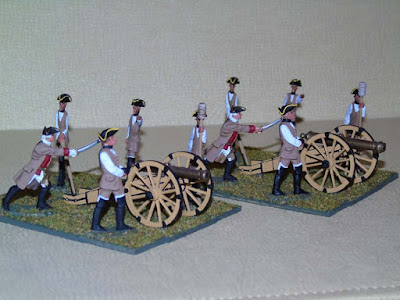 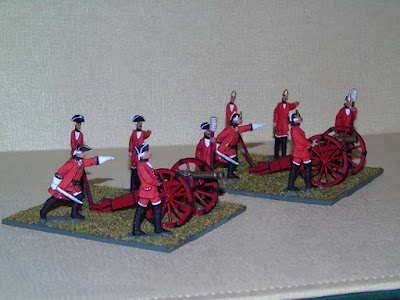 He has also sent an interesting photo showing his collection of mix-and-match guns using parts from not only other parts of the PA range, but also other manufacturers. 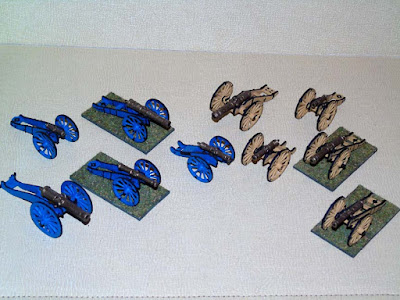 As can be seen there is a lot of scope for mixing parts from different moulds to get something which looks closer to the historical dimensions.

I only have the PA moulds, so to bring the information together Steven has provided me some additional information on the Artidee and Nurnberger moulds, so I thought it worth collating the dimensions of the various parts...........


Dimension as measured on model (scaled up assuming 1:40):

Ideally you should use the 12 spoke wheels, the old PA 8 spoke are wrong.

Information relating to carriages is not easy to come by, for example I assumed Napoleonic dimensions for the Austrians, and scaled the Prussians from Kronoskaf, however here are some examples:
Austrian 12pdr - length 3191mm - nothing long enough
Austrian 6pdr   - length 2759mm - there is a PA carriage for this
Austrian 3pdr   - length 2440mm - the  Artidee 12pdr is closest (or PA Rossbach 12pdr)
Austrian how   - length 2739mm - the PA Austrian 6pdr is fine
Prussian 3pdrs - one is 1900mm -  the Karoliner 6pdr is closest
Prussian 6pdrs - one is 2200mm -  the Rossbach  12pdr is closest

So What does all this mean?


Well if you want to try and match a gun you can try mixing parts from different moulds, for example an Austrian 3pdr would have:


I'll give it a go next time I get the moulds out!


As always comments welcome, and information on your projects would be welcome.
Posted by SteveM at Thursday, March 01, 2018 6 comments: