Happy New Year to everyone!

Over the festive break I have managed to finish off a few units which have been sitting on the painting table for some months  (they kept being put back as I indulge in my current fads). Excuse the photo quality, they are just taken on an old compact camera under a desk lamp.


This is my take on the grenadiers from DR#2 Liechtenstein, as usual I have simplified detail, as I prefer to have them 'neat' rather than 'accurate' (I can't do both), the flag is as usual from Maverick Models. 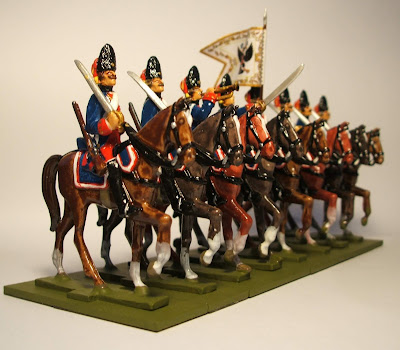 The horse grenadiers are based on the recent dragoon mould, but with a few modifications: 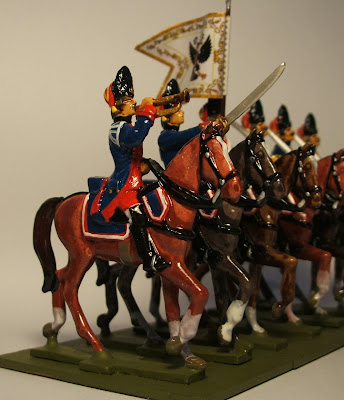 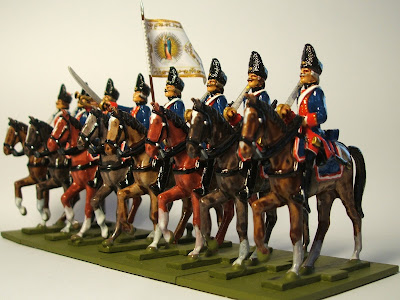 This swapping of parts is what I always wanted for this range, although there are some issues with fit and sizing I must admit I enjoy using the various parts to come up with as close an approximation as I can to the units I want.


I have also painted up Prussian DR#5, again with a simplified paint job. 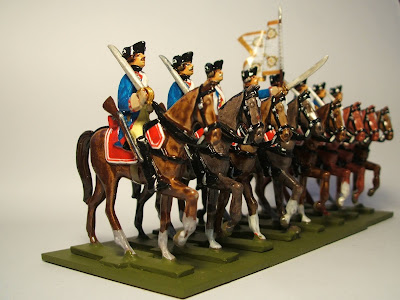 I could not resist making a few of modifications:


Although the recent PA cuirassiers are very nice figures they really are too big, and having used them on the table a few times I simply cannot live withe the size difference relative to the rest of the army (I'm an engineer).  I have sugegsted to PA that they reprint the cavalry (possibly with torso/horse combined) at the correct scale, however in the meantime I have decided to cast and paint up some cuirassiers based on the Karoliners, with a head 'upgrade' using the Russian Infantry officer's head. 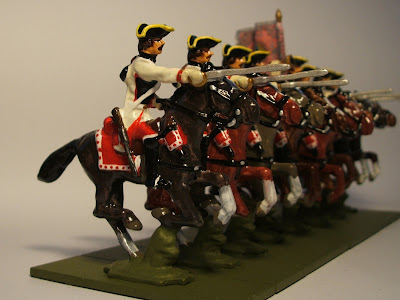