For any of you who are not on the PA mailing list I thought I would let you know that the three Hungarian molds are now available - so something for your Christmas list?

Below are some photos of Richard Hattersley's figures which he has done for the packaging - he could have gone for a brighter blue! 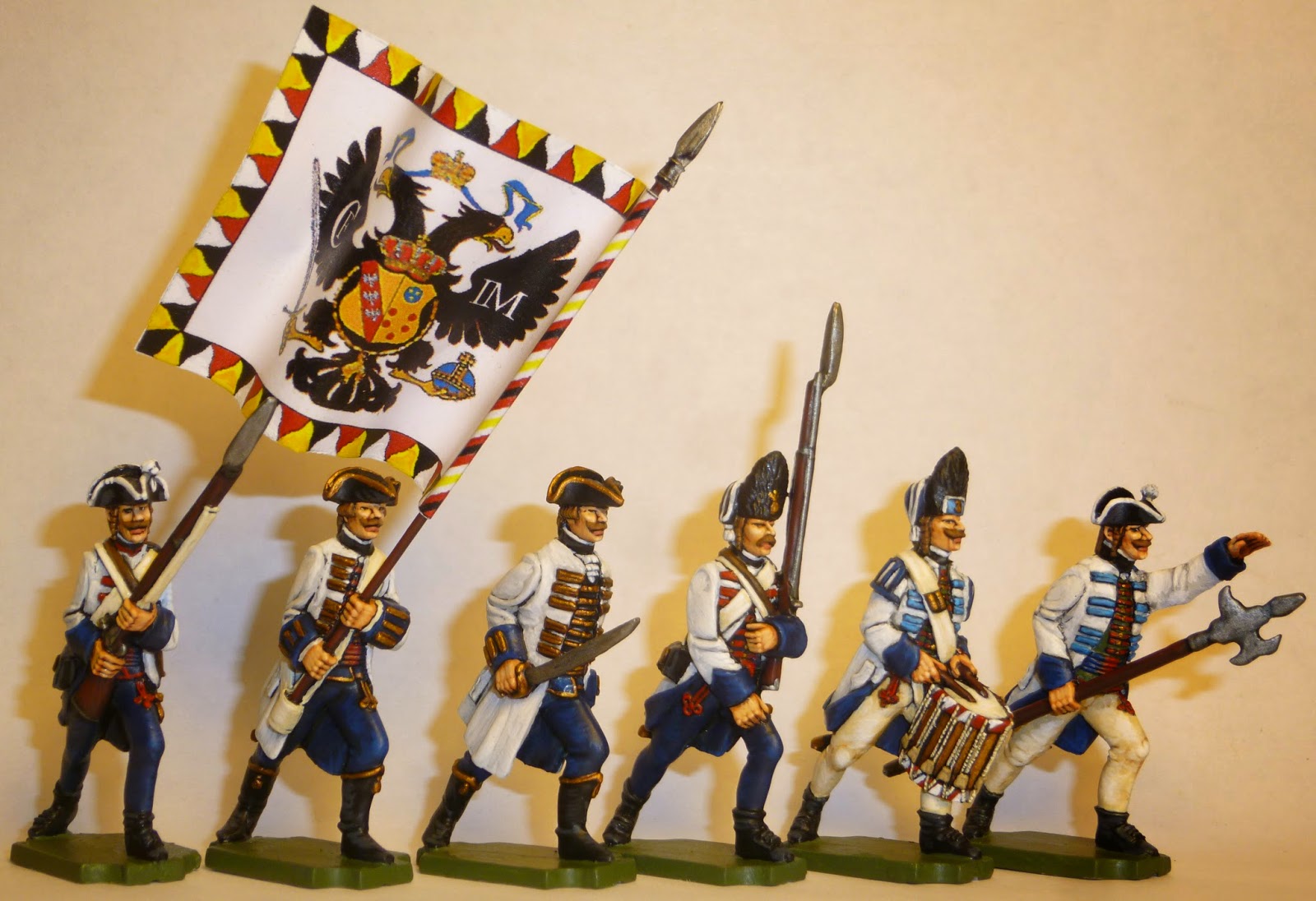 I must confess that I don't like painting Prussians, there is something about painting Red and Dark Prussian Blue that I really can't get on with. The way I see it is that painting Prussians is one of those tasks that you have to do to be a SYW gamer.

So with some resignation, after having had fun painting the colourful and elite Saxon Leibgrenadier battalion, I decided to paint a battalion of Prussian garrison troops, 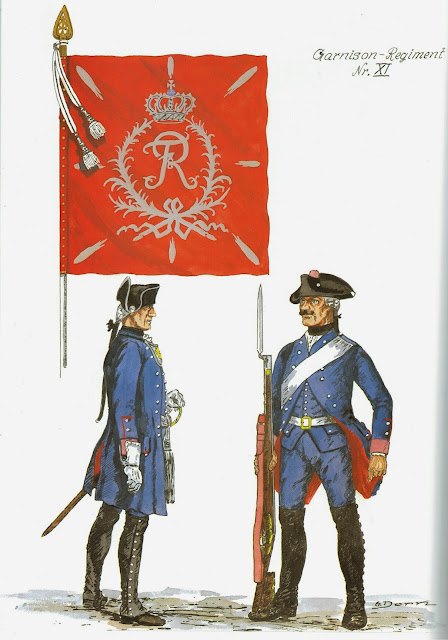 I decided to pick one of the units which saw some active service, so went for the XI regiment which was at Gross-Jagersdorf.

And also had pink cuffs to add a little colour.


Garrison troops were dressed similar to the musketeers, but probably did not carry a sword, and were generally not as well equiped as the line troops. I contemplated using the Austrian bodies which did not carry a sword, and only had one bag; however in the end I played safe and used the Prussian marching figure. I did cut/file off the sword, which wasn't too difficult, but I suspect if I had just painted the scabbard black it would not have been noticed

Below are some photos of the finished unit - unfortunately my gaming table is full of junk from decorating the kitchen, so no green table or houses - just my desk and a book cover. 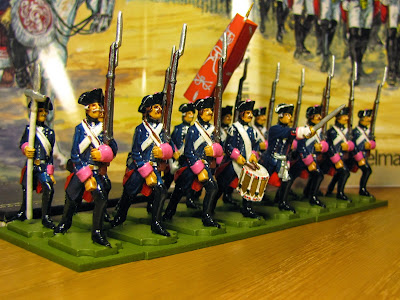 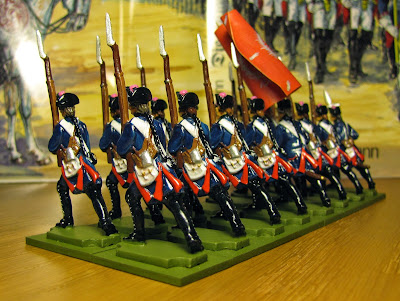 The Hungarian infantry the way and should be out very soon, I think they are just finishing the packaging.

The Russian sculpting is also underway, I have seen some of the part finished greens, the first troops are infantry in summer dress - just in waistcoats. There is also an officer in a new pose with a separate musket - not quite finished but looks very nice. (With a change of head and a little work I think he would make a nice Austrian grenadier officer?) 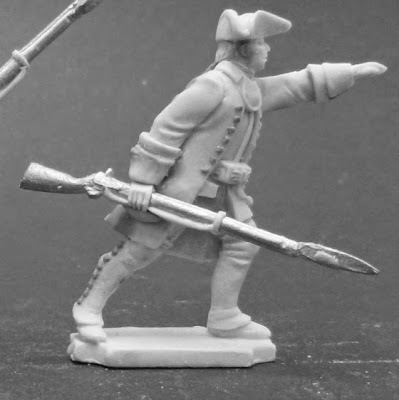 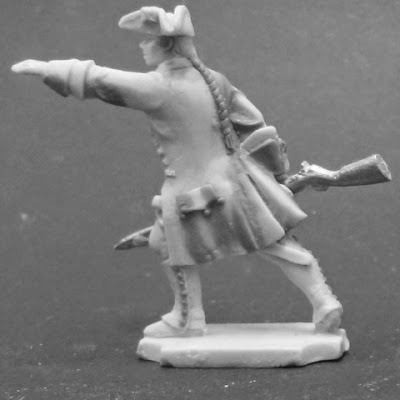