Not a lot happening on my side with regards the 40mm SYW figures, I am currently spending valuable figure casting and painting time renovating and decorating part of my house.

I thought I had better post something just to show that the project has not been abandoned.......


Chris has almost finished the artillery crew in waistcoats, there is a little more work to do, but as you can see the will make a valuable addition to the range. 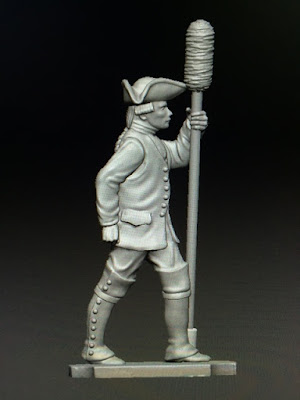 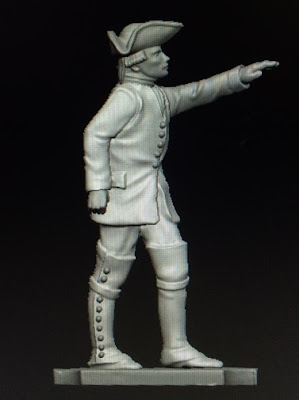 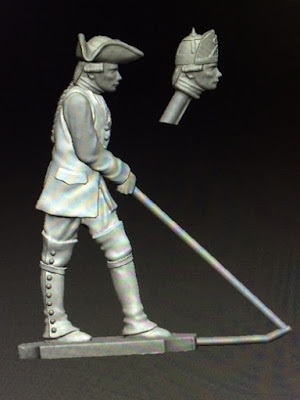 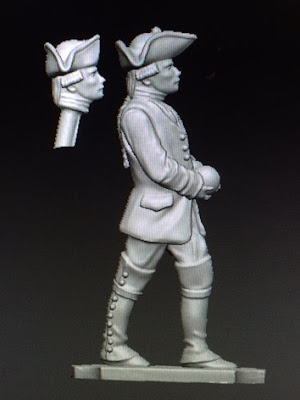 The figures are intended to be quite generic, as it is not practical to make a different set for each nation - they are probably closest to French in waistcoats as the print below. 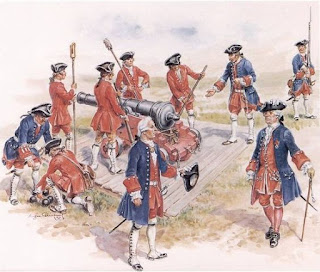 There will however be heads with both differing tricorn styles so both Prussians and other nations can be represented. If there is space there will also be Prussian and Russian bombardier heads. 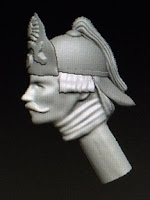 
This is also nearing completion, but still a few tweaks to be done. 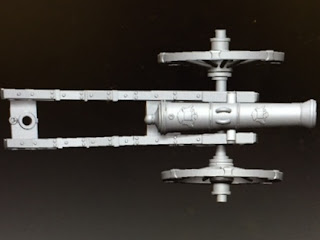