Do you want to Accessorise?

Thanks for all the recent feedback.

I had a chat with the sculptor and we agreed we should get some cavalry released as soon as possible to add some more varaiety. The Hungarian infantry (3 moulds) are almost done, so they will be next out, then a cuirassier, followed by the Russian infantry, then on to more cavalry, artillery and light troops.

We also wondered about releasing an 'Accessories' mould, to allow more customisation - it has always been the plan to allow as much mixing and matching as possible. Unfortunately we are finding it difficult to fit the 'extras' into the moulds, especially now there are the separate march attack arms.

I thought I would start a wish list of what to put in, with a bit of an explanation as to why. Most of these parts will also probably appear in other moulds, so I'm not sure how good an idea it is - it probably depends how much of the range someone is going to buy? 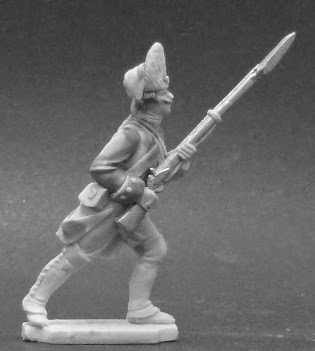 Do you think the mould worthwhile - would you buy it?

Let me know which on the list you would like (in number order), and feel free to add to the list - if you can think of something that would be useful for say Imperial troops let me know and I will include it.
Posted by SteveM at Saturday, July 12, 2014 11 comments:

PA are planning to bring out some 'heavy cavalry' in the not too distant future -  the sculptor is working on them at present. The designs are at a very early stage, this post is really to get some feedback on our initial ideas.

For the initial range PA are aiming to cover cuirassiers and dragoons (inc.horse grenadiers) for Prussia, Austria and Russia, and for each provide an officer, standard bearer, musician and trooper. By using multi-part figures this can be done without the need for 24 moulds!

How many horse types will be needed?

After a lot of searching of books, plates and websites it is clear that there are quite a few interpretations of what was used, however the details shown on 'Project SYW' seem to be a fair representation. There appear to be four basic shapes needed? 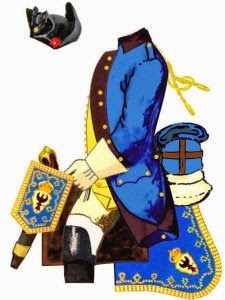 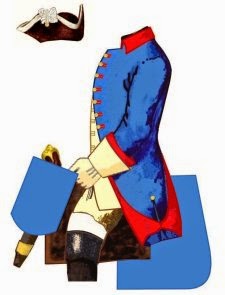 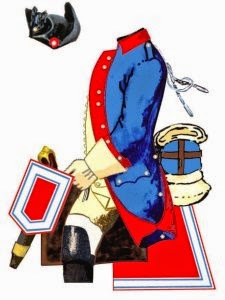 All Russian regiments of cuirassiers and dragoons.

All Austrian regiments of cuirassiers and dragoons had a square saddlecloth, which in many illustrations is shown with rounded corners.

PA are only going to produce a limited number of moulds, so there are going to be some compromises to be make.

Currently I think the initial range might include four sets on moulds, basically:
And from these the Austrian dragoons and Russian cuirassiers can also be made, as can a lot of heavy cavalry from other nations.