I spoke to the Chris Tubb (the sculptor) yesterday, about the SYW range.

The figures have been delayed a bit longer due to difficulties in changing over to digital sculpting - not only his own learning curve, but also the need to invest in much more computing power to handle the software and large model files.

The good news is that the French Infantry have now been sent for what is hopefully the final 3D printing, and I should (fingers crossed)  have something to show you in the next week or so. The infantry will have the coat both with and without turn backs, so will be useful for earlier periods as well.

The Austrian cuirassier cavalry are also well on the way, but he is waiting to get the 'look and feel' of the French infantry right before moving on.

There will also be artillery, but not for a while, below is the start of an Austrian cannon, which still needs a lot of 'twiddly bits', but already looking good. 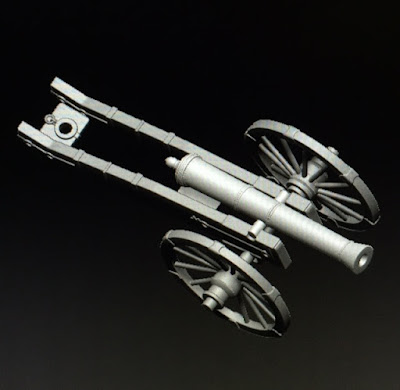 New moulds would be good.............the weather is brightening up so casting days cannot be far away!