Last weekend I spent a very enjoyable weekend with a group of gamers from the AMG (A Military Gentlemen) group, which is a group of gamers with a general interest in 18th Century Gaming.
http://amilitarygentleman.blogspot.co.uk/
A group very worth joining - to do so you will need to buy the book 'A Military Gentleman' from the above website - a very nice book - but not cheap.

Over the two days we played the Battle of Chotusitz twice, using the 40mm semi flats on a 12'x6' table. The table was of a size which allowed us to represent each of the units shown on the map below with one of my gaming units of either 16 infantry or 8 cavalry. 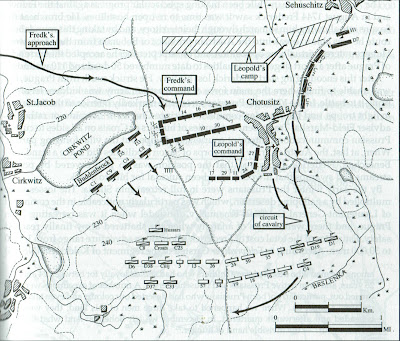 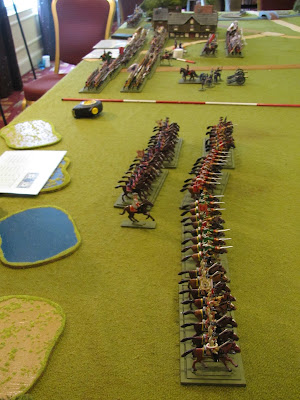 And the long lines of Austrians eager to crush the Prussians in front of them before Frederick arrived with the bulk of the infantry. 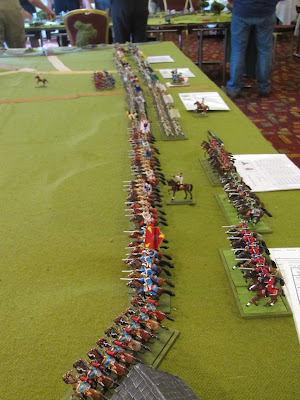 I took a few photos, but not really with sufficient regularity to describe the game, so I will just show a few shots of interest.

Part way through the cavalry melee on the west of the field. The Austrians are gettingthe better of it, but there is no way I can tell you who is who! 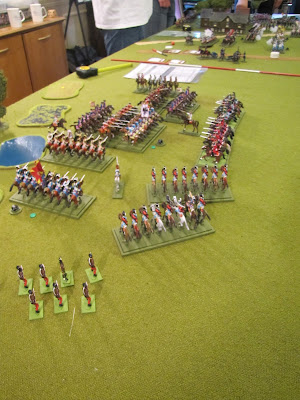 In more detail - just to show off my new Russians (Austrians today). 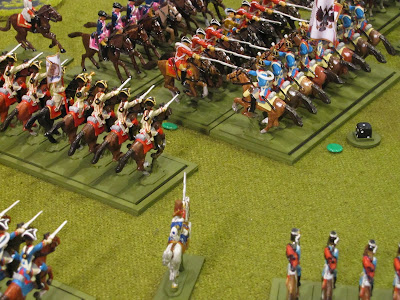 And at the other end of the field, east of Chotusitz, another very confused cavalry melee  - again I can't remember which units were Prussian and which Austrian! 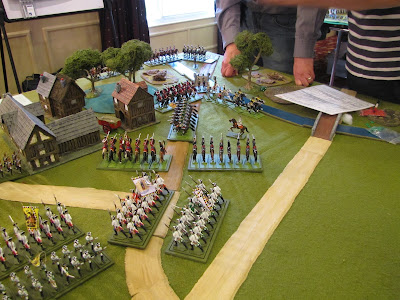 And the Austrian infantry assault on the centre, after seeing off Leopold they are confronted by Frederick's infantry lines. 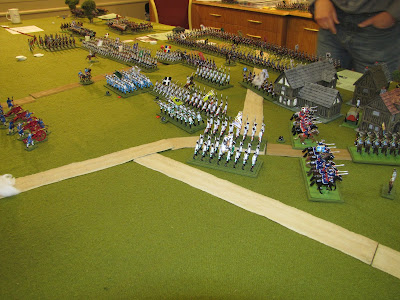 The situation just prior to the end of the second game. The infantry in Frederick's 'square' is pretty much all that remains; Leopold's infantry and most of the cavalry having been swept from the field. Shortly after this point the far end of the square caved in under a combination of short range musketry followed by a charge of the Austrian cavalry; at which point we called it an Austrian victory. 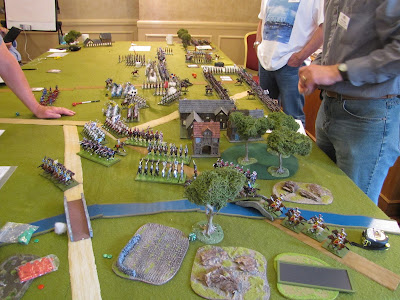 The games were played with the 'Field of Battle' rules, which allowed the games to be played to a conclusion on both days. The card driven approach gave rise to some odd/amusing swings in play, which most players enjoyed.

There are some more photos on Mark Dudley's blog:
http://ilkleyoldschool.blogspot.co.uk/

And just something which might be of interest - Chris has found space in one of the moulds for an officers head without a hat - oh the shame! 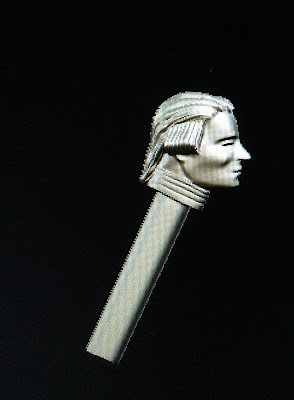 I've not posted anything for over a month, so I thought it time for an update - just to show I am still here!

It's been a long learning process..........however I'm pleased to say that Chris has now finished the sculpting of the French infantry - and they have been tweaked a bit to make them fit in even better with the older figures.

He has also taken the opportunity to add two new figures - a standard bearer: 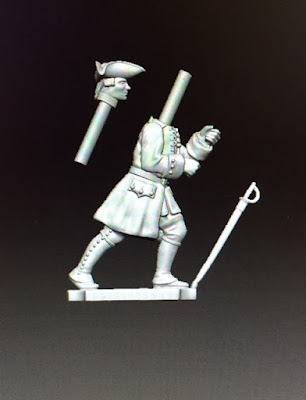 And also an NCO without turnbacks (so the chap with a sword I discussed in the last post is an officer). 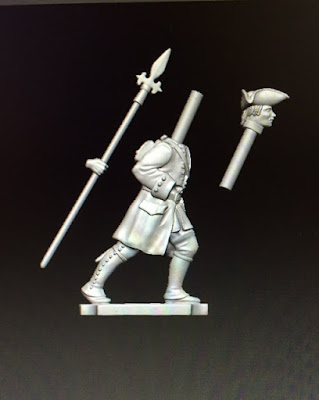 In addition to the tricorns there will be a grenadier head 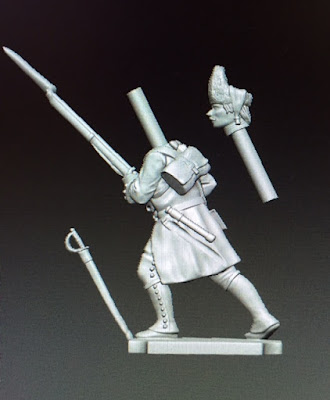 And a bonnet de police (not quite finished) 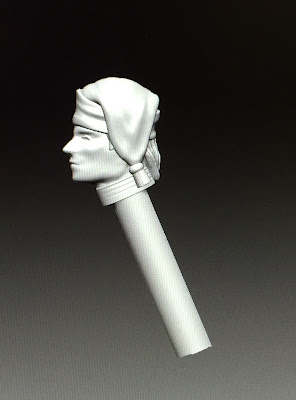 The 3D printing is now all sorted, below is a casting of the French infantryman with turnbacks advancing (right), shown alongside an advancing Austrian (er left), as you can see they are a pretty good match. (Since this version the facial features exaggerated a little, and the tricorn enlarged, see image). 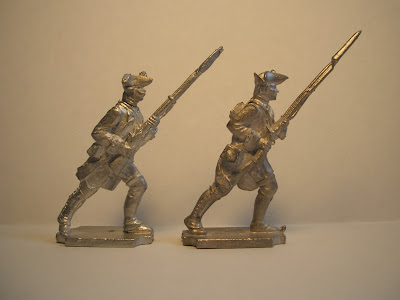 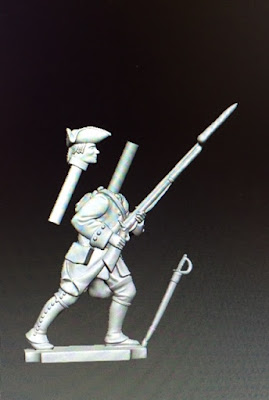 I should get a set of test moulds shortly - AND THEN THE CAVALRY!
Posted by SteveM at Thursday, June 02, 2016 11 comments: