This is a long post, so get yourself a drink before you start reading😊
There has recently been a fair bit of discussion on both the PA website and this blog about the wish list for future PA releases to their SYW range. I have tried to collate this below; if I have missed or misunderstood something let me know in the comments and I will update it.

These ranges are almost complete, in my opinion PA should concentrate on filling the gaps in these before starting something else.

These were the first digital cavalry, and used slot in torsos, my idea, which I thought worked well, however PA have found it difficult to ensure a proper fit of torso into the horse, so the idea was abandoned.

From the photo below it can be seen that the Austrian cuirassiers are way out of scale. In my opinion they need reprinting, they were sculpted digitally so it should be relatively simple to rescale them. 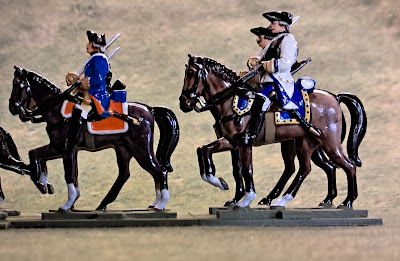 The Prussian cuirassiers were quite distinct from the Austrians, the main differences being:

The  tricorne is not a major issue as there are suitable heads elsewhere in the range, however the coat tails and sabertache are difficult to convert.

I have used converted figures from the Rossbach range, however they are a bit on the small side. This is a major omission from the range, all Prussian armies need cuirassiers, so I think they should be one of the top priorities,

The heads in the dragoon moulds are very small so I have avoided using them, instead using the larger heads from the infantry moulds. These are digital and all sit in a single mould, so it should not be difficult to resize and reprint them.

There has been a suggestion of some moulds for cossacks. A set of cossack moulds would be nice, however as far as I am aware they did not play a significant part in set piece battles, so at this stage I think they should drop well down the list. (There is a mould in the Rossbach range which might be useful.)

It would be nice to have two more moulds with artillery crew in coats to complement the current ones in shirtsleeves.

The British played an important part in both the European fighting, and also worldwide. If the range is to be complete, then PA need to properly cover the British.

As discussed in an earlier post, the British infantry were quite distinctive, so would merit a range of four moulds to cover the hat men, fusiliers and grenadiers.

These would make an interesting addition, and would probably merit another 4 moulds. When the time comes there needs to be a discussion on the most appropriate poses.

The 'heavy cavalry' can probably be covered by the existing dragoon moulds, but the 'light cavalry' with distinctive helmets (which are in the dragoon mould) and hussar style saddle cloths might merit a few moulds.

It has been suggested that figures are produced to cast units standing in line firing. As a gamer I try to avoid using troops in close order firing lines, as they simply do not work when put into columns, however I appreciate that some of you may want them.

The light infantry mould PA3129 'Austrian Jaeger Light Troops' was modelled with the intention of them doubling as figures for a close order firing line, the equipment is similar to the Prussian line infantry. 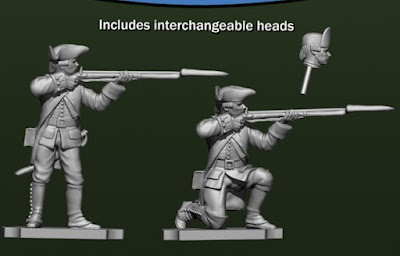 There is however a lack of standing command figures, so at some time it would be nice to add a couple of moulds to contain an officer, drummer, standard bearer and NCO in a standing position.

There is a limber and horses in the Karoliner range, these look quite different from the new SYW figures, however with replacement heads they fit in reasonably well. 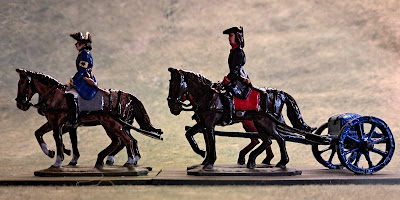 Size wise they are a bit smaller, but not too bad, as they are usually some distance apart not a major problem. Although it would be nice to have some new ones, I think they would go well down the list. 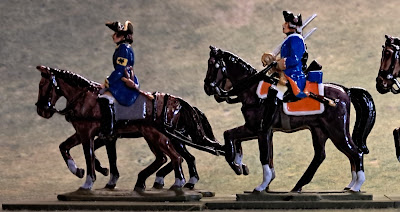 With respect to a wagon, I did a bit of 3D printing - I found a file for a French Napoleonic wagon and rescaled it as close as I could to make an Austrian one. I appreciate not everyone has 3D printers, but if you have access to one it is a good option.

A set of pioneers and labourers working with pick axes, shovels etc would be a nice addition. Perhaps 2 moulds with a selection of tools and poses.

Please note that all I can do is make suggestions to PA, I do not decide their production order and/or timetable. In my opinion, a sensible way forward would be as follows:

Thus far PA have produced 34 moulds in 10 years, so the above list of 24 moulds will keep everyone busy for a while!

If you have stayed with it this far, your thoughts would be appreciated?

SYW Range - how is it progressing?

When PA started designing their SYW range (almost 10 years ago) I thought that a good indicator of how the range is progressing would be to see if it was possible to make figures illustrated in the Blandford book 'Uniforms of the Seven Years War 1756-63'. Although an old book, I often thumb through it for inspiration. 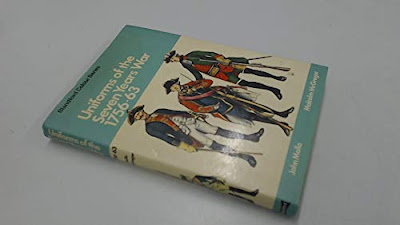 I made a list of the illustrations in the book, and then tabulated how to make them using the PA moulds, with colour coding of progress (see the table below):

Yes - an indication of someone with too much time on their hands, however it was a useful tool in deciding what parts, particularly heads, needed to be squeezed into the moulds.
I've just had a look at the mould list on the PA website, and think the SYW range now has 34 moulds and over 180 separate parts. Looking at the chart the majority things are now covered, the main troops gaps (based on this book) are Prussian cuirassiers and British.
As discussed in the previous post PA are planning to produce more moulds, so hopefully these gaps will be filled.