I am told that Prince August are getting a number of requests for artillery to support the SYW range, so have decided to make an initial release of some artillery. Their plan is to release the first artillery soon after the Austrian cuirassiers, which are being sculpted. Chris Tubb (the sculptor) has asked for advice on what to release? 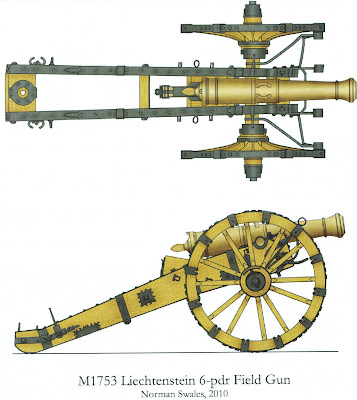 
The Austrians are the easiest to deal with, as they had a standardised system for the field artillery (it gets more complex if siege guns are included). There were just four pieces, a 3pdr battalion cannon, 6pdr and 12pdr cannons for use in batteries, and a 7pdr howitzer, also used in batteries.

It should therefore be possible to produce the whole  Austrian system with just the following eight main parts:

Back in February I posted an image of the Chris' start on an Austrian 6pdr cannon. Once this model is completed (to match the image at the top of the page) we will be able to see what can be squeezed into the moulds, and how things fit together? 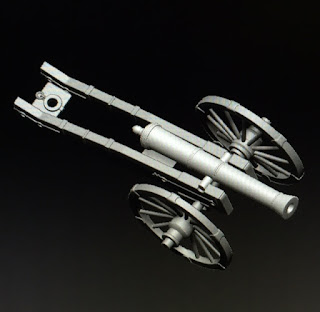 Earlier this year I went to the  Museum of Military History (Heeresgeschichtliches Museum) in Vienna, and took a lot of photos and measurements of the barrels. 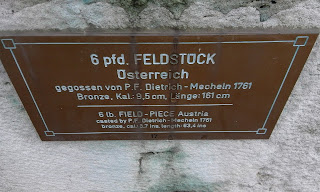 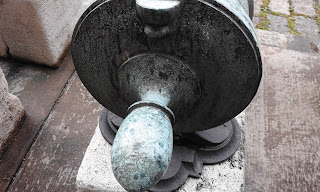 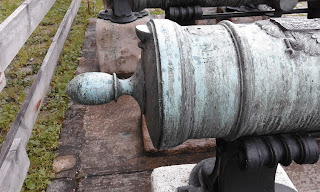 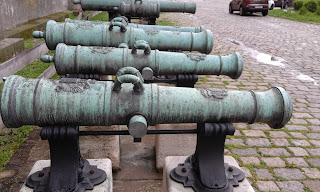 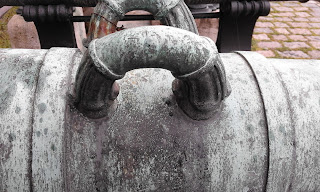 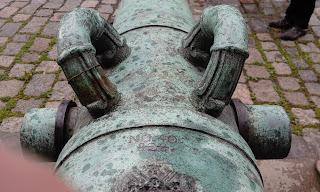 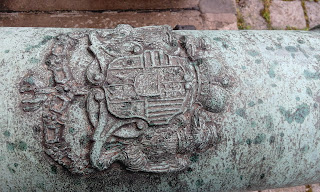 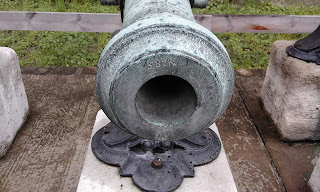 Unfortunately they did not appear to have any carriages. However I think we have most of the details needed for this range, as I have a lot of information in the books by C. Duffy and S. Summerfield on the subject. This I have I supplemented by the Osprey book on Austrian Napoleonic Artillery, this has the missing details of the carriage dimensions, which I think are very similar.


The subject of Prussian artillery is much more complex. Although they used a similar range of calibres there were many types within each of these categories.

The best place I have found for information on Prussian SYW artillery is the excellent 'My Seven Years War' blog , which has many drawings such as the one of the 12pdr 'Brummer' below.
http://crogges7ywarmies.blogspot.co.uk 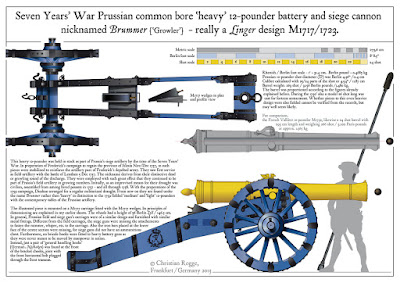 In view of the wide variation in Prussian guns it may be possible to 'make do' with some of the Austrian guns, as for example they copied the Austrian 12pdr, and made use of captured Austrian 3pdrs.

I think there is a good case for producing the famous 12pdr 'Brummer' - if it will fit in a mould, and possibly a battalion gun with smaller wheels and longer barrel then the Austrian counterpart.


Updated 06/12/2016, I have tagged this onto the bottom of the previous post to keep comments together.


Thanks to Allan an Ross for feedback.

I have had a further look at the possibility of crews in waistcoats, and history is again conspiring to complicate matters as uniforms were all a bit different:

I have seen prints of both Russians and French gunners in the waistcoat (they are very similar),  so it would make sense to do those, but that would mean sleeves on the waistcoat.  I suppose they could all be made close enough with a paint job.


I've been looking further at crews in coats, and again they are all different:

However were things really that regimented, below are two prints by Harald Skala taken from Kronoskaf.  These show the Austrian with the chord over the left shoulder, bot also with belts over the right and left, chords over the right - and none.  Also one has gaiters. Does anyone know if these can be relied on, if they can I suggest we just do some generic crew in coats with turnbacks and gaiters - thoughts.? 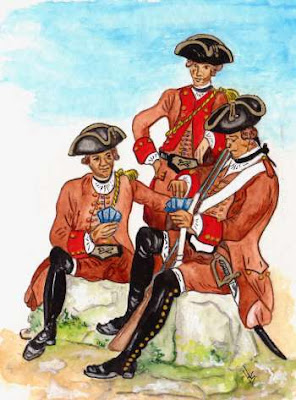 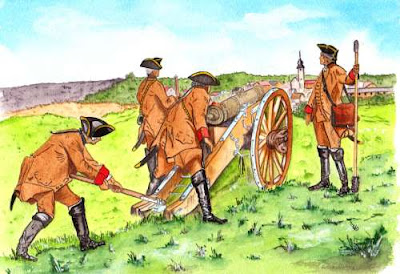 The No1 (front left) should be the loader, so relatively upright carrying a ball or cartridge (could it be made to carry either?)

The No2 (front right) could have an open hand (I don't like open hands but there are advantages here) to accept various tools.

The No3 (straddling gun) obviously not practical pose, but could either be stood to left and aiming, or stood with portfire.

The No4 (handspake) if open handed and a little more upright he might also pass as using a shovel?


How about 4 moulds in total? 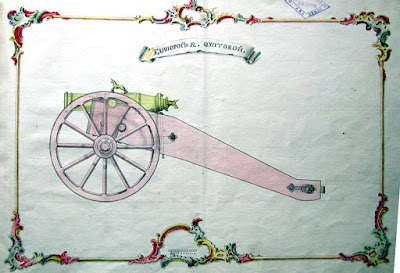 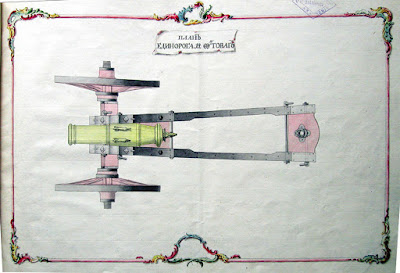 I have a few others like these, so if they are SYW they are very useful?