As the range has now been going for some years I thought it worthwhile to pool our experiences  casting with the new moulds.

PA have a series of tutorial videos on their website, which are worth watching, particularly if you are new to the casting hobby:
http://shop.princeaugust.ie/videos/
There is quite a good video at the bottom showing casting the new cannon.


As mentioned in the very first post on the blog 27 March 2014 (where did those years go?), I have been casting for some years before the SYW range of moulds came into production, generally with PA's the old 'Karokiner' moulds and my 'Scrap' metal. 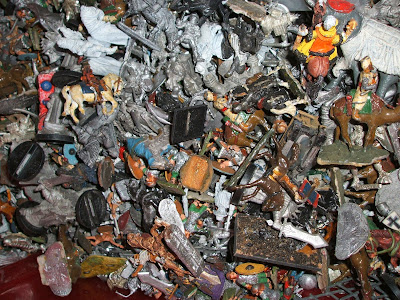 At the time I was very pleased with the results I was achieving. 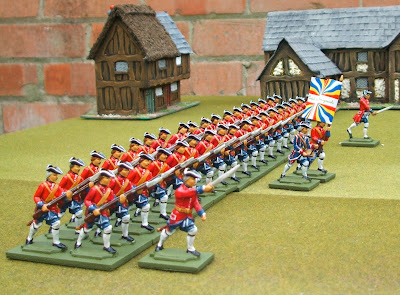 When I became involved with PA in producing the SYW range, the sculptor provided me with slicon moulds. to allow me to cast test figures. This allowed me to check out the uniform etc, and also make up sample units, before the expensive tooling up was done for the black moulds. I have to confess that the silicon moulds are easier to use than the black moulds, and cast very well, even with my 'scrap metal',  so many of my figures are cast from these moulds.

However - once the black moulds came into production, and before I started this blog, I did some casting with them to ensure they worked!

I then tried to cast some figures using my 'Scrap' metal, the content of which is variable, there are figures from many suppliers, however it is likely to be similar to PA's less expensive Standard Metal (65% Lead / 2% Antimony / 33% Tin). At first I struggled to get the 'upper' heads out, however after venting the upper head inlet up to the top, as shown on PA's site (under the figure descriptions), all of the moulds produced full castings. The detail was generally good, but not as crisp as from the Model Metal; the difference was most noticeable on the fine detail of the faces. (They were still probably better than the old Karoliners.) 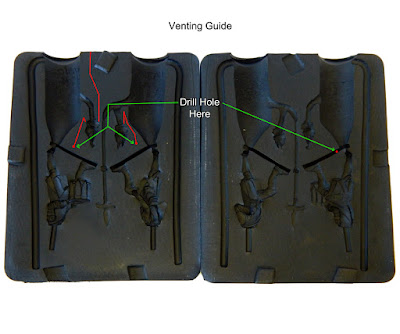 If building up armies on a budget, I would recommend casting the bodies in the cheapest metal that gives decent castings, and then using a high grade metal such as Model Metal for the heads to get the best out of the detailed faces, minimal cost but a bit more effort.

With the move to digital sculpting there is now no need for the silicon moulds, so the French I have cast are all out of black moulds. 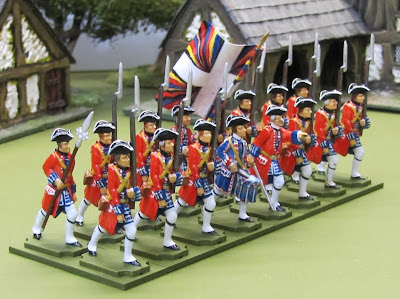 The wargaming unit I painted up has Model Metal heads on 'Scrap' metal bodies, whereas the ones for the packaging were entirely Model Metal to ensure the best detail on the hands, weapons etc.. 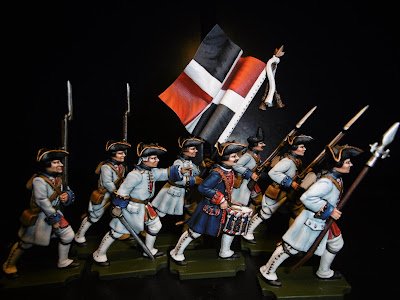 
As on the first post on the blog - I still just use old milk saucepans, (which have a spout to pour accurately) on the gas cooker (preferably when my wife is out). But now I have two pans, one with model metal and the other with 'scrap'. (Not the most energy efficient I know - but it is a hobby!) I cast on a section of old worktop to protect the  kitchen work surfaces. 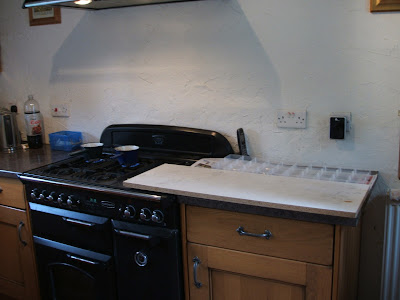 I test the heat by dipping in a wooden stick, and if it smokes it is hot enough (to be quite honest it is trial and error). When lifting the pan don't forget some insulated gloves!

And, although it should be obvious, keep all fluids away from the molten metal and the moulds, as mixing the two will have an explosive effect.


I generally cast the moulds in pairs, which makes them more stable, and usually pour two or three pairs at a time. 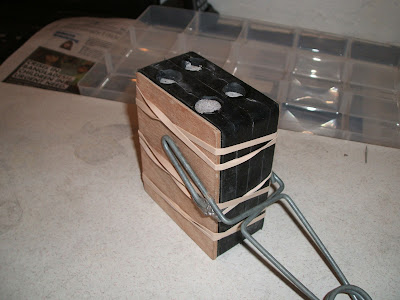 I cast with the clamping force on the moulds provided with heavy elastic bands, and they will cast fine with just two; however experience has shown that this can be unsafe, and there needs to be additional clamping in the event of one of the bands snapping due to heat if the mould leaks, or overflows:

This amount of clamping force can sometimes be too much, in which case it will be necessary to either take of one of the bands, or the clamp. It has been interesting that everyone seems to cast differently, see the comments below.

I intend to continue/add to this post, so please put any tips in the comments and I will feed them back into this post to combine all our findings.