Chris has recently sent me a set of screen shots of the digital SYW infantry, which are now looking good. (I've asked for some rear shots).

I don't profess to be an expert on French infantry, so comments would be appreciated if there is anything needs changing (although I think they are at the 'printers', so only really anything major.)


The plan is currently for 6 figures:

Mould 1 - Two infantry with turnbacks, one at march attack and the other advancing: 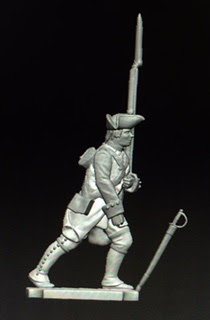 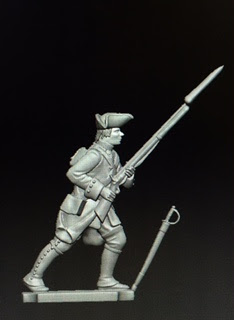 Mould 2 - similar figures without turnbacks - which will be very useful for earlier periods: 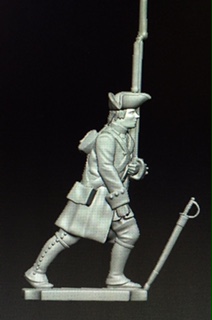 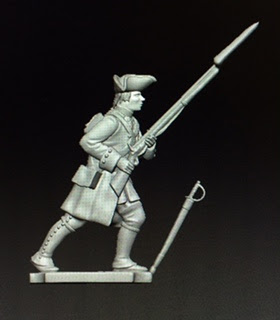 Mould 3 - To go with them will be a drummer without turnbacks, and an officer carrying a standard, again no turn backs.

There will be tricorn heads both with and without a moustache, and a bearskin head with moustache.

Currently there is no plan for a mould with an officer and NCO, as: 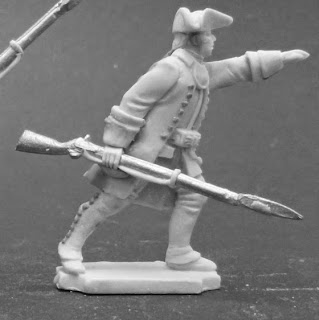 During the SYW the infantry generally had coats turned back, however does anyone know if this was this a regulation or fashion, for example: