When I last wrote I was frantically casting and painting the new dragoons for a gaming weekend over the weekend 22-23 June - I managed to get just the two units finished.

The weekend went pretty well, and the 40mm semi flats were generally well received. Unfortunately I somehow managed to pretty much forget to take photos, and those which I did were out of focus! Below are a few I have lifted from other blogs. 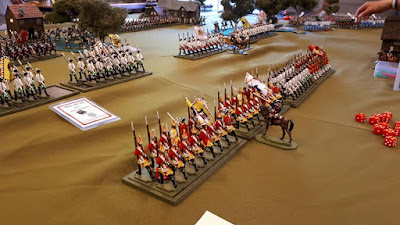 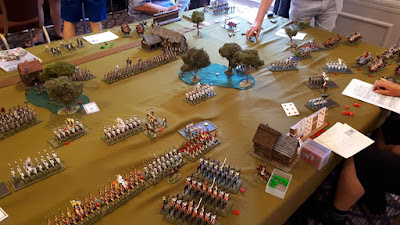 We played 3 games over the weekend using the 'Gentleman's War' rules which worked well with these figures. For those of you with the rules - we used 2 packs of cards, one for each half of the table - this speeded up play nicely.

Clearly we were playing a game - not putting on a display, so there is all sorts of mess on the table, however the plain cloth did show the figures off nicely. 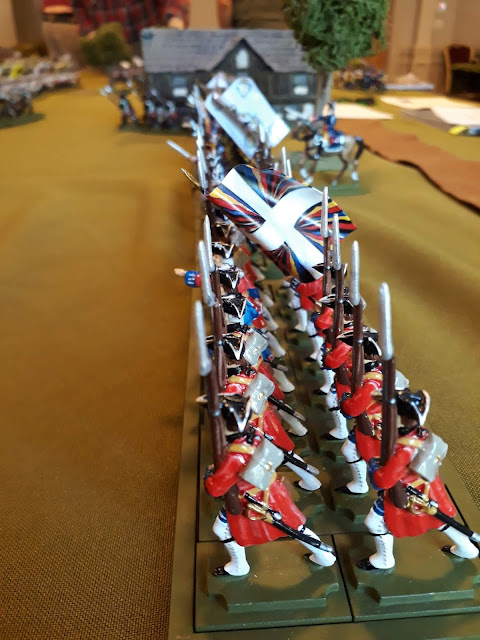 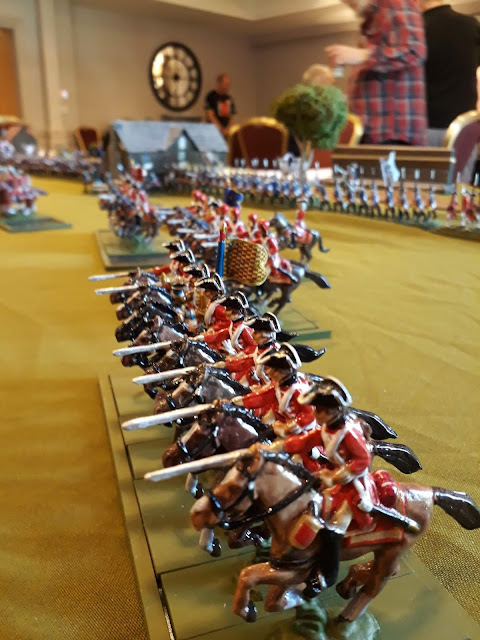 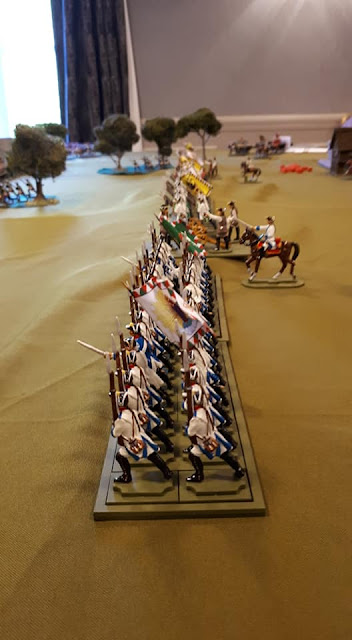 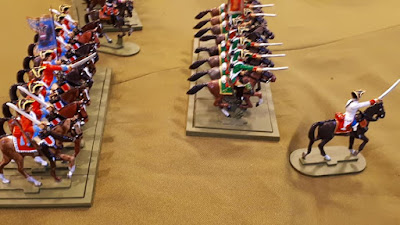 Since then I have not touched the 40mm figures, and have mainly been playing Commands and Colors Napoleonic using 15mm figures. 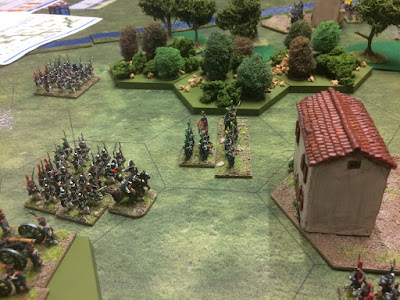 This is not the place to discuss these small chaps - if you are interested here is a link to a write up of our last game.
http://scrivsland.blogspot.com/2019/08/battle-of-vimeiro-1808-using-command.html

I am told that PA are planning to release some new moulds in the (near) future. I have asked that the next releases are some Austrian grenz (Russian pandours) and a general officer.

For the light troops I pointed Chris to the posts back in September 2014 (no rushed job this) - I will keep you informed.
Posted by SteveM at Sunday, September 01, 2019 10 comments: