The blog has been very quiet as of late as the moulds are taking a long time - and I have to confess to my recent wargaming currently being in other scales and periods. Anyway, enough of the excuses, I finally received some test moulds over the weekend, and as it was good casting weather I gave them a go.

I was told in advance that it would be difficult to cast the wheels (it always is), however I did manage to get some good castings, by a combination of:

They do take a bit of cleaning up - but not too bad.

One of the reasons the mould production has been further delayed as Chris (the sculptor) decided that the spokes needed thickening up a bit to make casting easier (I have the unmodified version).

I have cast a gun to carry each of the four barrels, and they look pretty good, although compromises have to be made to allow all the barrel sizes to fit between the carriage cheeks. 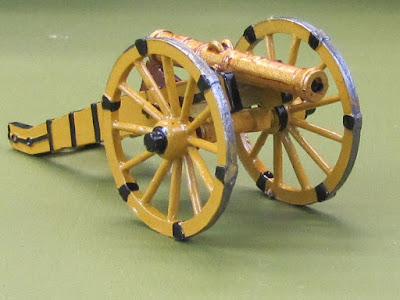 The wheels measure about 33mm tall, and the crew are about 44mm to top of head. As the Austrian wheels were 51" high, that makes the crew 5' 8" tall, perhaps a bit on the tall size but not far off. (As is always the case with shots like this, the fact that the figures are on a thick base makes them look taller.) 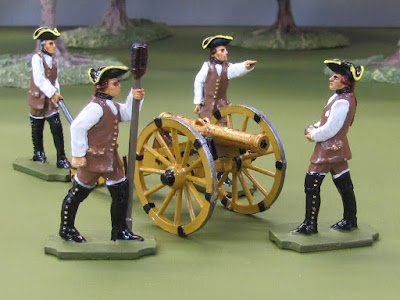 Also, the moulds will not contain an elevating wedge, so I decided to make one by cutting a triangle off the corner of a 1.5mm thick MDF base using a razor saw.

The axles are round (I know that is wrong), which allows the wheel track to be adjusted. I have made the Austrian track 43" - which looks narrow - but distinctive.

The crew are painted in sleeveless waistcoats, not quite correct, the most noticeable differences being that there should be two rows of buttons on the front of the waistcoat, and the gunners amongst the crew (about half) should have boots rather than gaiters.

However overall I think it looks fine, which is what we were aiming for.

The barrel on this is quite short, so I modified the position of the cross member below the back of the barrel, and added an elevating screw. However I am sure it will look fine with the barrel just glued on with no elevating mechanism. The wheels are set further apart which makes it look much more distinct than it would be if just the barrel was changed. 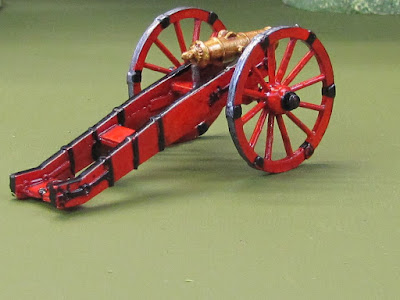 The crew are the same as for the Austrians, this time painted with the waistcoats long sleeved. I could not resist adding a bombardier in the distinctive helmet. 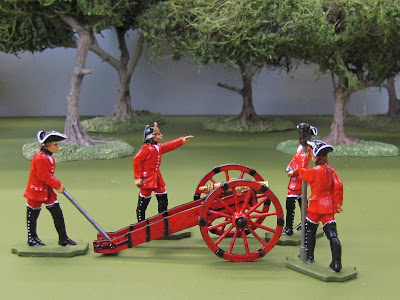 
There are to other barrels in the moulds, which will make up a Prussian light 12pdr, for which I have just added the wedge. 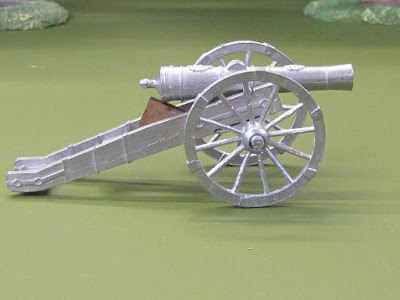 I have not painted up a crew for the Prussian gun, as the ones I have cast have gone to Richard Hattersley for painting to use on the packaging. 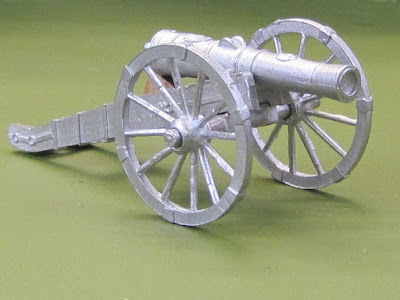 And an Austrian 7pdr howitzer, for which I again added a wedge, and relocated the support cross member a bit lower and further forward  (and also set the wheels closer together). 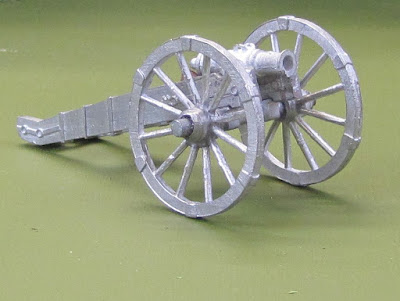 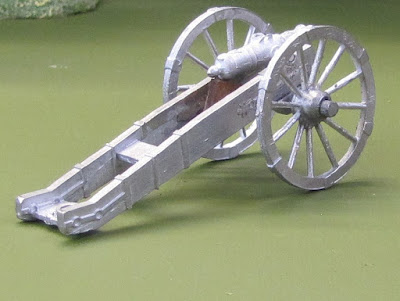 And finally for a size comparison the new gun alongside the Karoliner 3pdr - which I might try with the new wheels? 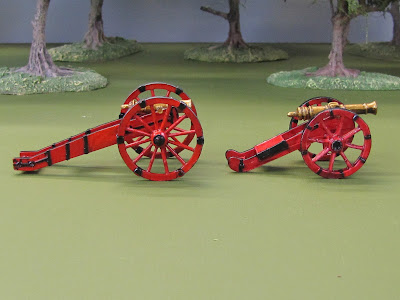 I don't think these are far off production - but how many times have I said that?

As always comments are very welcome - particularly if they are positive....


A close up of the wheel as cast with the vent holes.  In the production moulds the spokes will be heavier to simplify casting - I have not seen the new wheel yet and will cast a couple when I get  a mould. 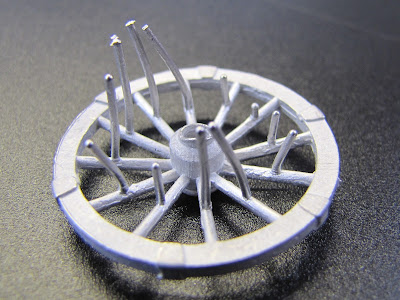 Rahway asked about the vent on the Austrian guns - you can just about see the vent on the shot of the howitzer, however to put his mind at ease here is a close up on the 6pdr (the barrels will clean up better than this without too much work). 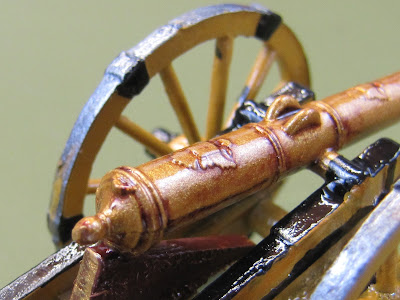 Rahway asked about the height of the figures. I have to confess that initially I thought that they are way too big when compared with the infantry. 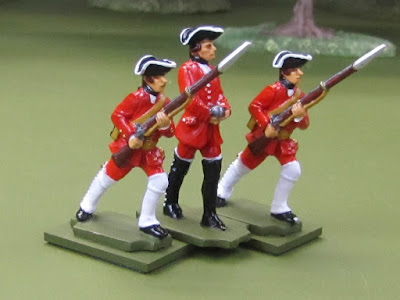 They are probably a little bit larger, however the thing is that the gunners are bolt upright, whereas everything else has a very distinct lean, and the figures are similar distance heel to top of head.

The base IS too big, and that will be corrected in the production mould. 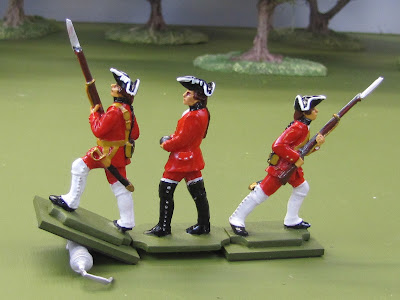