As its that time of year again, I thought it worth logging on and wishing you all the best for Christmas and New Year, letting you know I am still here, and also giving you a bit of an update.........

I've not been doing s lot with the 40mm figures recently, however I have almost finished a couple of cavalry units, one of Prussian dragoons and the other Austrian horse  grenadiers, they just need the flags (ordered from Maverick) - I will post some photos when they are finished.


Although releases are few and far between, PA are still working on the range, and hopefully there should be some new releases in the not too distant future?


Sculpting is ongoing for some skirmishing Grenz/Pandour troops, and the plan is to have four poses, as discussed back in September 2014 (no point rushing is there):
Light Infantry (2) - Grenz & Pandours - Sept 2014

So far I have only seen images of the standing and kneeling figures, below is a sample of what I have been sent (these are computer images). 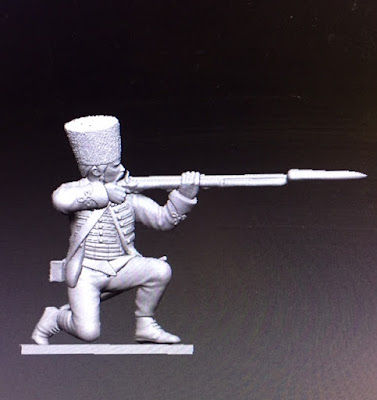 The kneeling figure looks to be almost there, as discussed back in 2014 the figures will have the 'Type F2' coat (the lacing on the coat was deliberately simplified so that it can be moulded and drop cast better) and is combined with 'Type K'  footwear. 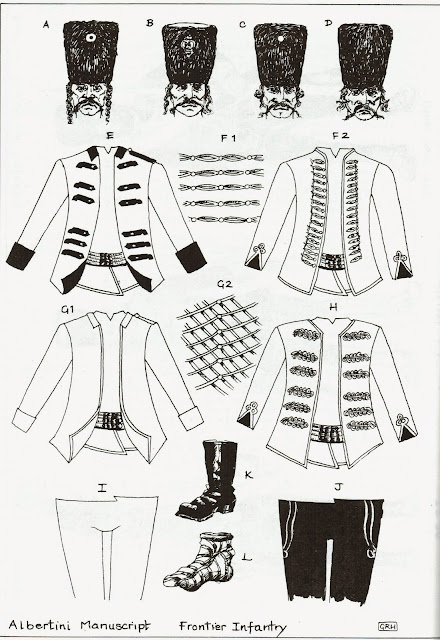 As with the rest of the SYW range there will be separate heads. The main heads will be the fur hat for the Croats (on figure above), and a tapered shako to allow a close approximation to a Russian pandour (not shown). 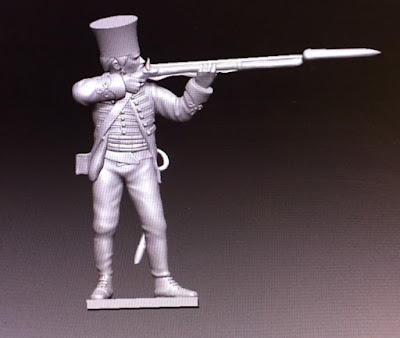 The standing figure is also well advanced, but note that the head is an early option which will probably not be used - so visualise him wearing the same fur hat as the kneeling figure. 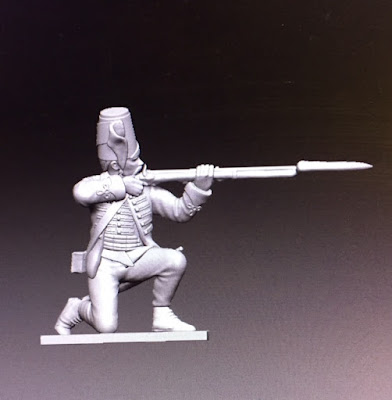 If there is space the plan is to fit in a head with a mirliton, not strictly correct for this figure, but useful to make Freikorps von Kleist in conjunction with either these moulds or the Hungarian ones (see post back in Feb 2019):
Freikorps von Kleist - March 2019

Hopefully there will also be a figure advancing in the 'standard' pose so they can be ranked up, plus a loading figure.

Hungarian figures can be used for the command.


PA are also working on the troops for use as skirmishing Freikorps types, these should have kit similar to the Prussian line infantry, but with the firing and loading poses. 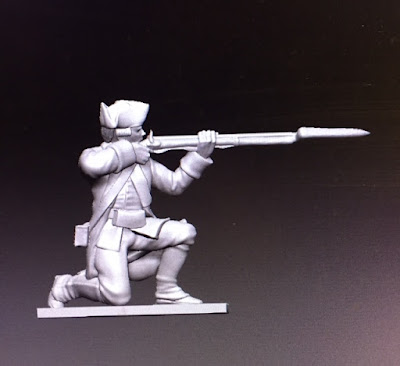 Heads for these will include a 'casket' to make up Austrian jager or similar (but they will have to be modelled with gaiters rather than boots).

As always feedback would be appreciated.