Unfortunately things have been held up by the Waterloo display over at the PA factory in Ireland, so the Russians have still not been released - hopefully soon.

Just to keep you interested below are a couple of photos of the figures which Richard Hattersley has painted up for the packaging and PA publicity - the figures do paint up well. 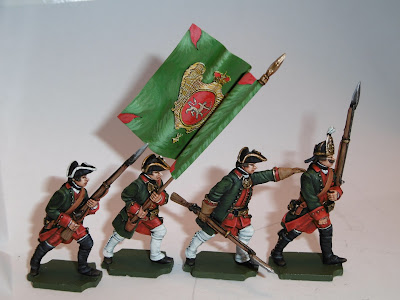 The grenadiers have the waist cartouches which will be in the moulds, so there has been some good come of the delay. 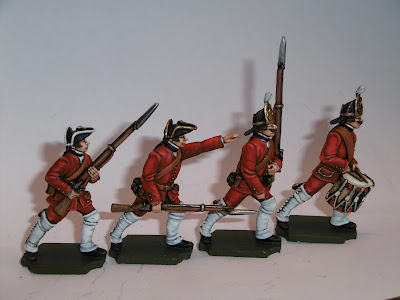 The sculptor has restarted work on them, I have seen the start of the first horse and it looks good, I should have some photos in the next week or so.