Some thoughts on future plans - probably a looooooooong way off yet.

All quiet on the western front.


The Russians are due out in the the next couple of months, and that should complete the 'close order' infantry for the eastern theater. PA have always planned to get the troops done for the eastern conflict before moving on to the west, however recent discussions, and looking at what troops are already in the moulds has made me wonder what is actually needed for the west?

Certainly the British uniforms were distinctive, particularly the highlanders, so these warrant quite a few new moulds, so quite a major undertaking.

But what about the French, who operated without the British as opponents alongside the Imperial Army as at Rossbach, is much needed to release these?

Is there actually any need for French infantry moulds?


As far as I can see the French uniforms were very similar to the Russians (and to some extent Austrians and Prussians), the main difference being that many, but by no means all, illustrations show the waist belt still worn on the outside; so the Russians would probably be fine provided you are happy with the belts on the inside. (Also, I already have 100's of Karoliners painted up as French, and I suspect so do many others), so is there really a place for French moulds?? 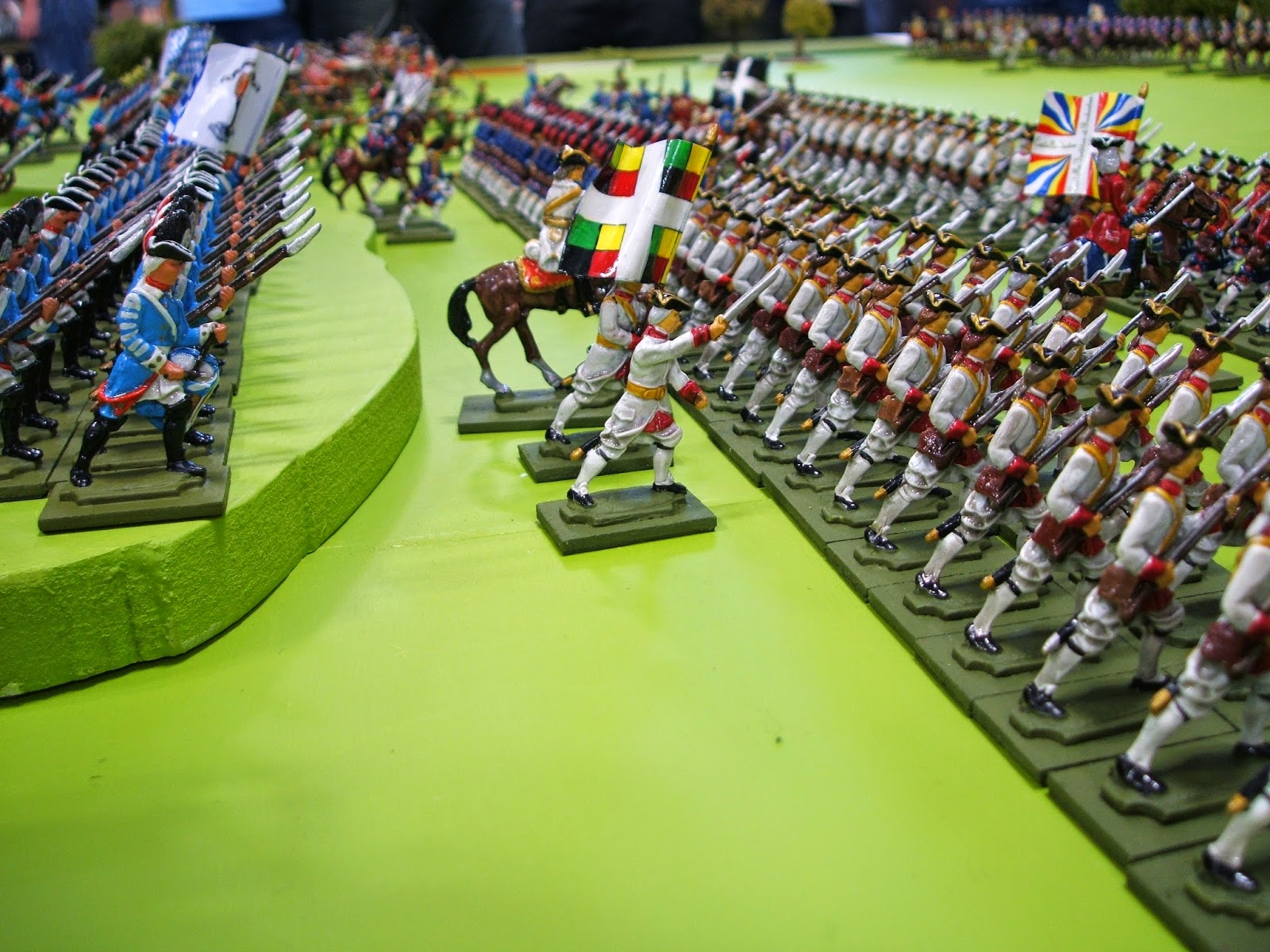 The answer is no..........and yes, I don't think they are really needed, however PA want this SYW range to be a stand alone, so yes it is worth doing something.

What to put in?

The answer is probably to treat the French in a similar way to the Austrians, and release a single mould (two bodies and three heads), which has the parts needed to allow the French to be built up using Russian, Austrian and Prussian figures - so what is needed?


I think stick with the old formula:


I could do with a bit of help here as I find the information confusing:

As I have said these are only initial thoughts, however it does look as if the French infantry can be covered quite well with a single mould - any thoughts?
Posted by SteveM at Saturday, January 31, 2015 27 comments:

Email ThisBlogThis!Share to TwitterShare to FacebookShare to Pinterest
Labels: French

A belated Happy New Year to you all.

The Russian greens are now almost ready, a few changes changes are still needed, however I thought it worth sharing the photos (as I've not posted for over a month) :


I should get the test moulds in the next couple of weeks and cast up some units (weather permitting), so production moulds not too far away?

As usual all figures have separate heads, so can be Russian musketeers or grenadiers, and can be mixed with the Prussians, Austrians and Hungarians.


These should also (with a bit of work) be useful for other nations, for example the officer will make a good grenadier officer for the Austrians,

The musket is replaceable so could carry pole arm or sword (there should be a sword in the mould). 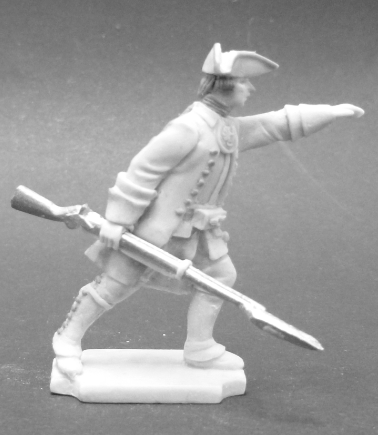 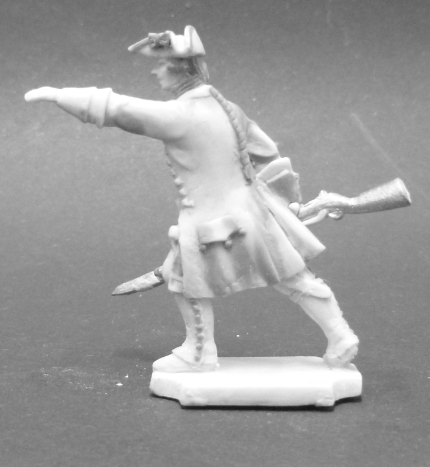 We made this an officer for some variation in the Austrians and Prussians. If an NCO is preferred use the Prussian with Russian head. 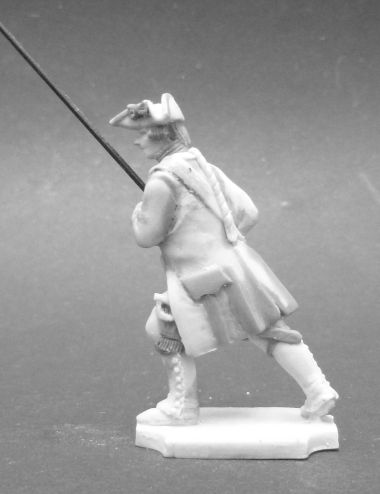 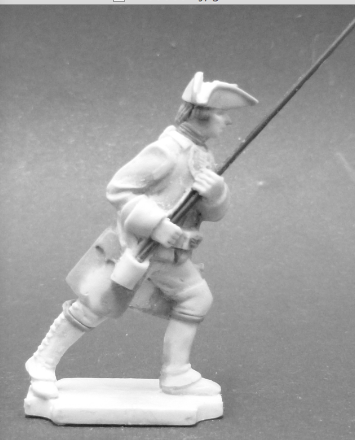 The Russians fought most of their battles in the summer without their coats on (officers still wore their coats), so two moulds have been dedicated to the summer uniform.


The musket is detachable, so can carry pole arm etc. 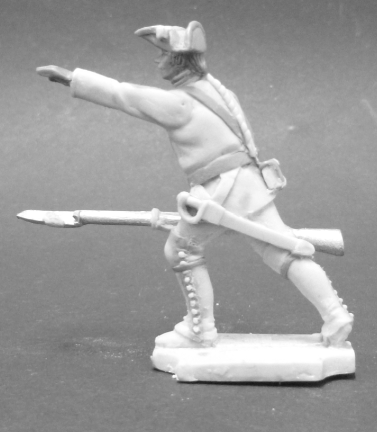 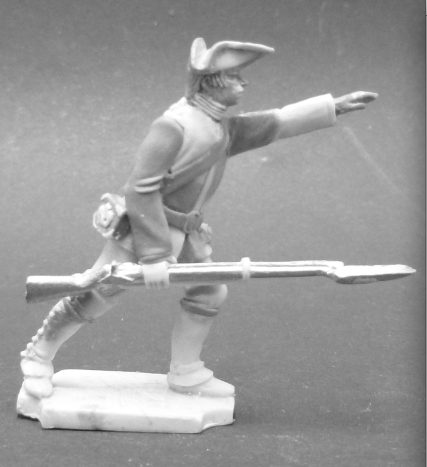 
A drummer in summer uniform has been provided, for parade/winter uniform, use one of the Prussian drummers. 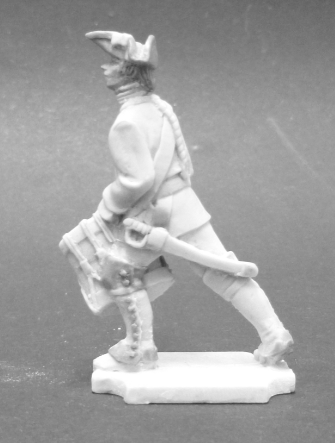 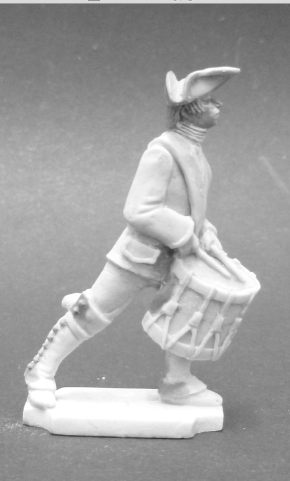 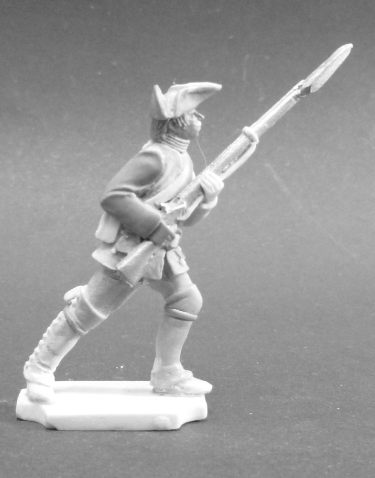 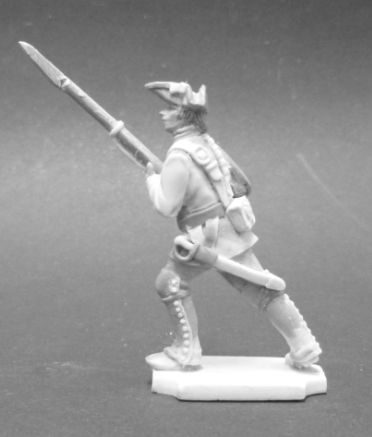 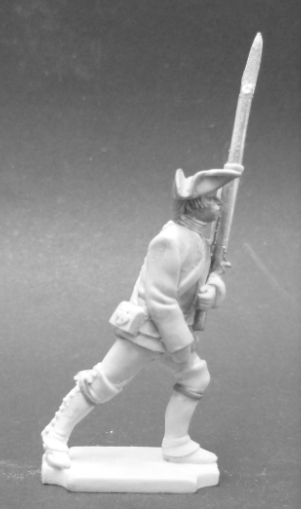 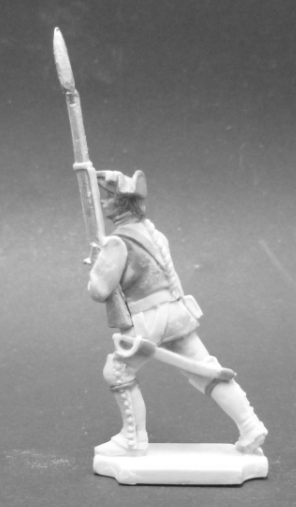 (The helmet needs the rear peak extending to shoulder. and also a pleat will be added to break up the plain area between the coat tails). 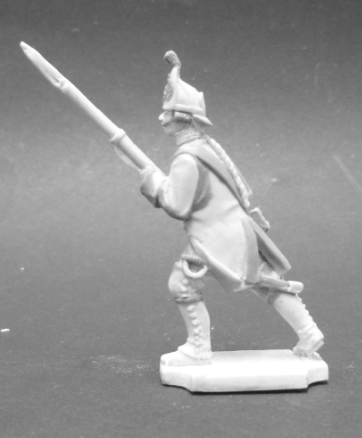 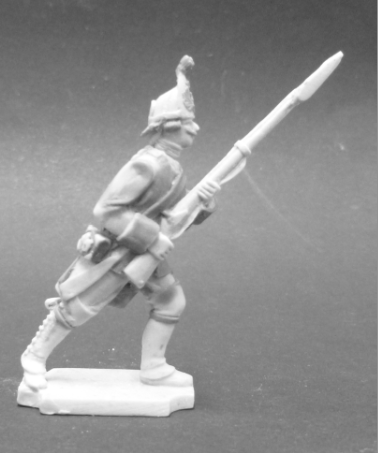 
This the march attack pose has been changed in this figure to be a more upright, slower pace (as with the advancing figure pleats will be added between the tails).

I think it is really good and possibly the best figure so far! 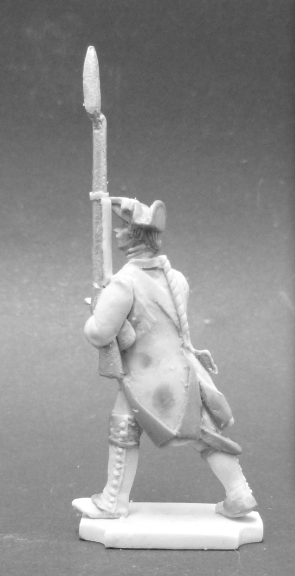 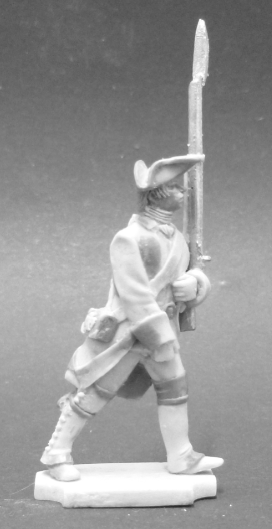 I think that Chris has done a good job on these, and they look as if they may be some of the best so far - but it depends how they cast!

Next up Austrian cuirassiers - if we can figure out how to fit them together!