Attached are the two latest digital sculpts for the French.


There is a drummer, without turn backs. 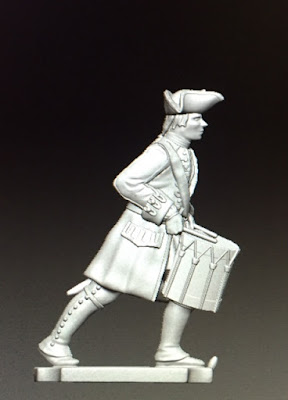 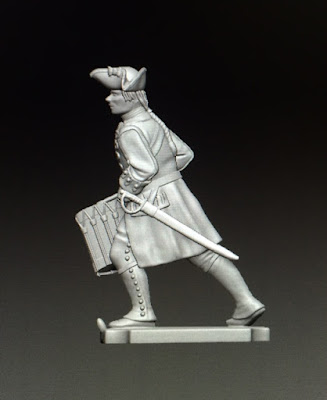 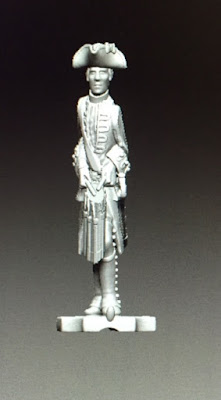 
Also there has been a change of plan since the last blog - it has been decided to add an 'early war' NCO. This figure should be more useful than another standard bearer (the Prussian or Russian will do fine), as he can be used for the War of Austrian Succession. Currently he is shown with the sword option, but will also carry a pole arm.

He should also make an alternative officer who has chosen to wear the belt outside on campaign. 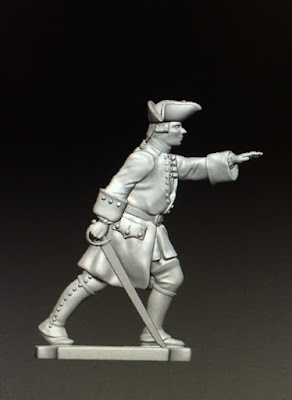 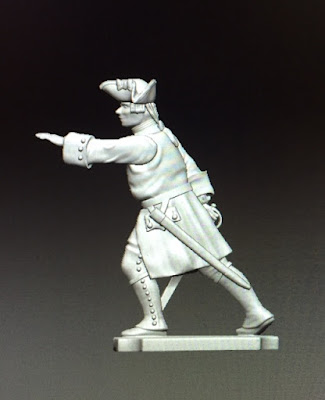 PA are stating on their blog that they will be releasing the digitally sculpted Mithril Miniatures in the next few months, so hopefully I should get some sample SYW moulds soon!