I have finally made a start to painting some more Prussian infantry - this time IR No7 - Braunschweig-Bevern. 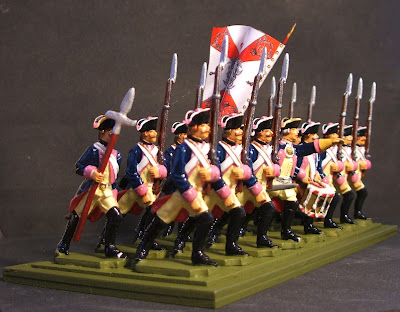 These are pretty much the standard Prussian castings, with the exception of the officer who is a Russian with a Prussian head. He needs a little conversion - just remove the belly pouch and shave off the buttons from the front of the coat.

I really do not enjoy painting Prussians - I find working with the dark blue difficult.

The flag is from Maverick Models - 80p well spent!


Work on the dragoons is moving on slowly, the current plan is to revert back to figures with the horse and torso together, as it proved difficult to produce an accurate fit on the torso to horse connection (hands-up that was my idea) . It is still proposed to keep separate arms and heads to allow more variety.

There will be 3 figure moulds, an officer (pictured below), a drummer and a trooper, along with an extra arm to convert either the officer or trooper into a standard bearer, these will have 'Austrian' heads, which are also suitable for French, Russians and quite a few others. 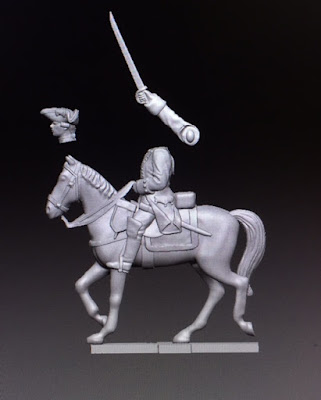 In order to allow these to be used for other nations there will be an additional mould containing cavalry heads including:


Below is the work in progress for the heads - these need a bit more work but give an idea of what is proposed. 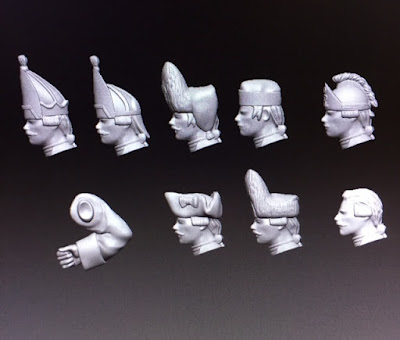 As always feedback would be appreciated.
Posted by SteveM at Thursday, February 28, 2019 6 comments:

A little more eye candy for you - Steve has been busy converting the Austrian cuirassiers to make the Prussian version. 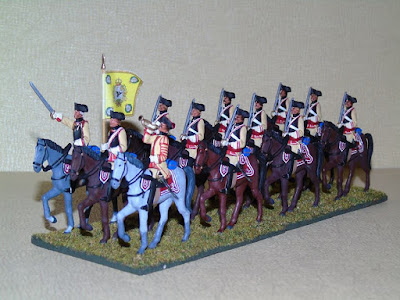 The conversion was quite involved and required shortening the coat tails and adding the sabretache. 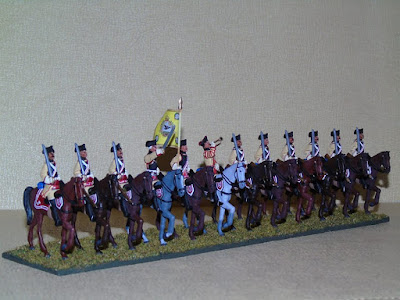 If you have any comments or questions on how he did this please post them here and I am sure Steve will pass me the responses.