A couple of weeks ago I got my greasy mitts on the new Grenz mould containing the advancing figure and drummer.

I am in the middle of another project at the moment (20mm WW2 Normandy - I went there earlier this year), so it could be a while before I get around to painting up a unit. However, I was interested to see how the figures have turned out, so spent a few hours casting up enough the figures for a couple of 16 man units. 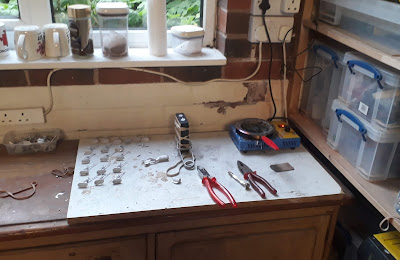 My current casting set up is in my garage/wargames room - pretty simple and easy to pack up:
Below are photos of the new Grenz figures 'as cast' using Model Metal, I have cut off the ingates etc. but not cleaned them up any further - the head is 'as cast' and just pushed in. (You can see the marks on the scabbards where I have drilled vents.) 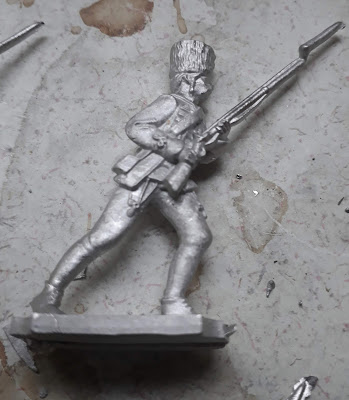 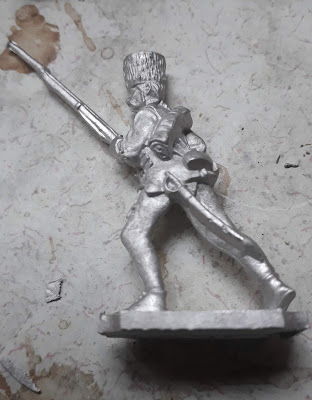 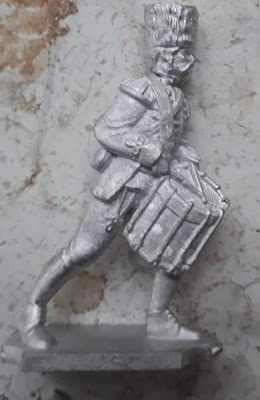 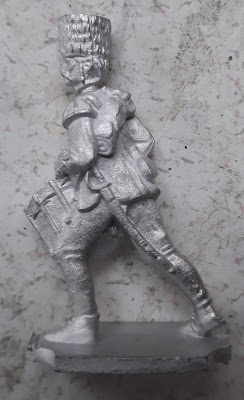 They are pretty clean and should not take a lot of preparation and I think will paint up well.

I intend to make 16 man 'close order' units, with 13 advancing, the drummer plus an officer and standard bearer from the Hungarian range. I will base them on single bases so that they can also act in open order.

I have also cast up a unit using 'scrap metal', they also cast easily, detail is not as crisp, but should also paint up well.

I hope someone buys them - as I had to twist PA's arm to get them made😟.