Just to let you know I am still here and painting.
We have been playing a lot of games with the semi-flats over the last few months, unfortunately I never remember to take photos.

I have painted up a unit of 'double blues' using advancing figures so that they can fit in close order. They are a bit generic so probably do not tie in exactly with any one unit, although du Verger (Quintus Icilius) is probably closest. I must confess that as this project progresses I am tending to paint things to my fancy rather than trying to be exact. 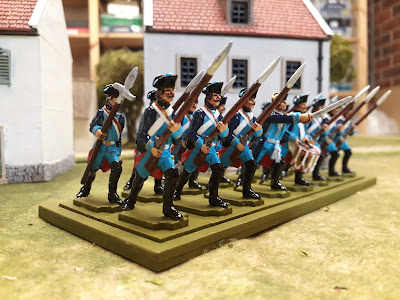 Frei Korps did not officially carry standards, I find it difficult to believe that units would not have some sort of rallying flag, and toy soldiers I think MUST have them, so I have painted spare figures to give them a flag (I think from Frei Korps von Kleist cavalry?) 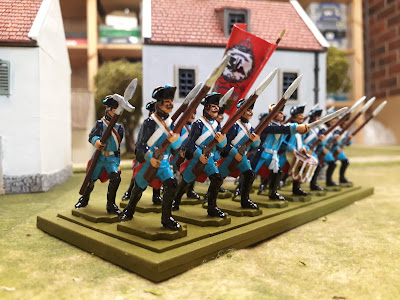