Yes I am still here, however I have not done anything with my semi flats for some time.

I recently had an email to say that PA have (finally) released four more moulds, and that there is a 10% discount if you buy the full set.

I have to confess I have not yet seen these moulds, so have not had chance to try them out and see how they cast. The packaging illustrations are prints of the computer generated designs - not castings.

The moulds are labelled 'Austria', however they are intended to be more generic than has been the case previously, and to produce figures that are 'near enough' to fill some of the gaps that exist across all of the armies.

The mounted general officer is based on the Austrian uniform, with different heads (from other moulds) and varying paint jobs he should do nicely for all of the armies.

We decided to try and make something a little different from the usual pointing with sword, so went for the raised hat and pointing with baton. Hopefully a dragoon or cuirassier arm can be used if a sword is wanted. 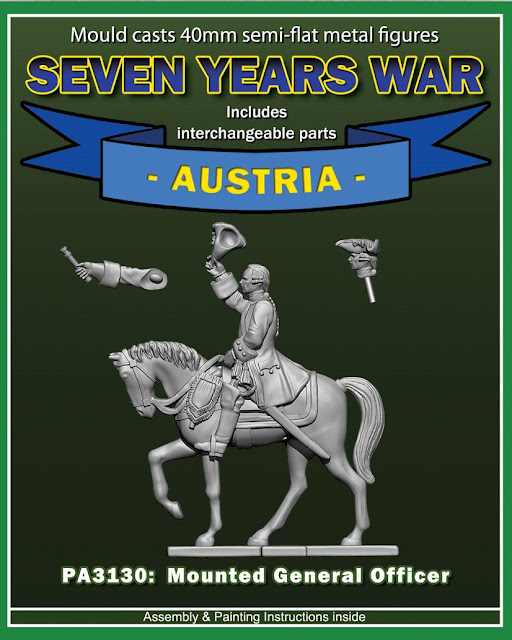 These have been 'a little while' in the making - looking back through the blog the discussions about what figures to produce were back in September 2014, and then the first sculpting shots were back around Christmas 2019 - no one can say they were rushed out!

Currently just a single mould for these, the kneeling and standing firing poses are fine for skirmishing. I would have liked to have seen another mould with an advancing pose paired with either one marching or loading - any thoughts?

The mould contains heads for Austrian grenz, Russian pandours and also a mirliton to make the various frei corps units.

The Hungarian officer will stand in nicely for their commander. 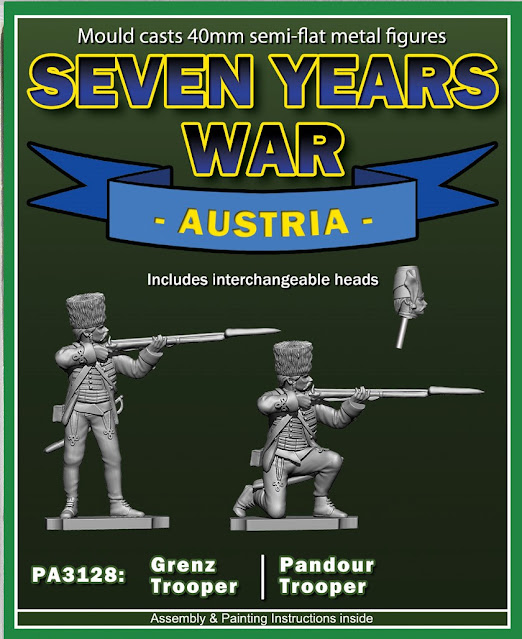 Although labelled 'Austria', the second light infantry mould is even more generic, designed to cast figures which will be acceptable  for a wide range of troops; again a single mould with two firing figures. The figure's kit is the same as the Prussian infantry figures, so can be mixed with the earlier moulds (and would make a close order firing line).

Officers can be provided by the line infantry moulds.

The figures have gaiters, so are correct for light troops such as Prussian frei korps, however as they have gaiters they are not quite right for jager (although these are also sometimes shown in gaiters).

The mould includes a head with an Austrian jager style casket, so the figures will also give a reasonable approximation of the Austrian jager, again as they have gaiters they are not quite right . 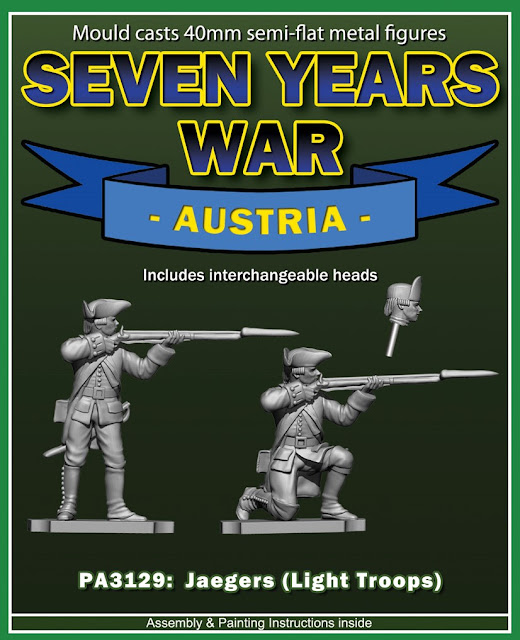 General Officer on Foot and Hornist

The general officer is intended to be paired with the mounted officer to make a command group, with the two of them having a chat.
The hornist should add a little more variation to the skirmishing lines. 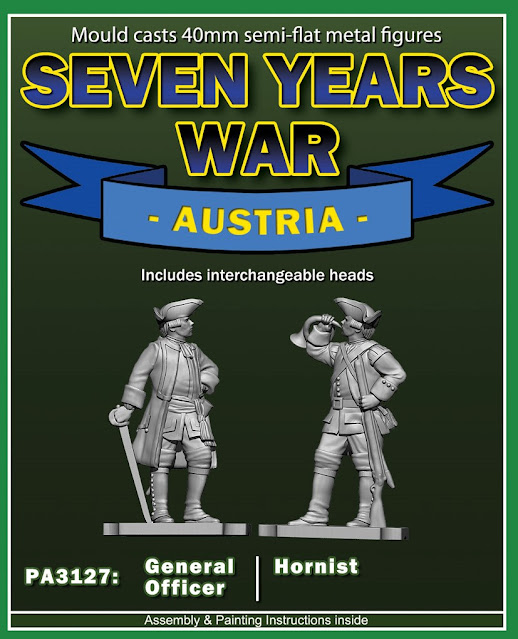 Hopefully I should get the moulds soon and will see how they cast.

As always comments are welcome.