I thought I had better write something to let you know I am still around!

Quite understandably, Prince August have gone quiet during the pandemic and  not been able to release the new staff officer and light troops moulds I was looking forward to.

I have painted up a few more cavalry units, but they are just 'more of the same', so nothing worth discussing here. I have however recently had an attempt to make a unit of Prussian cuirassiers. Neither the old Karoliners or new SYW range have anything suitable, so decided to have a look at the old Rossbach range - and spent my hard earned pennies on the 3 Guarde du Corps moulds (trooper, officer and standard). 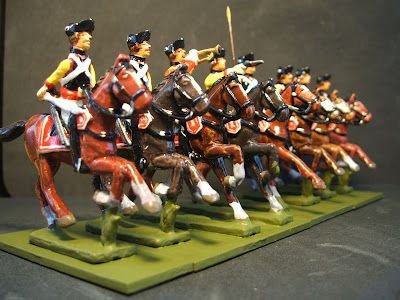 As usual I swapped the heads for the Prussian infantry officer from the SYW range. The one on the Rossbach figure is not bad actually, however I decided they would match in better if I changed them.

The troopers have neither a carbine or valise, I decided I could live without the valise, but really wanted a carbine. The figure has the sword low on the right side, just where the carbine hangs. I initially thought that I was scuppered, however after a little experimentation I found that it relatively simple to cut a groove down the back of the sword using a hacksaw blade, and then slot in a slightly filed down carbine from the dragoons. 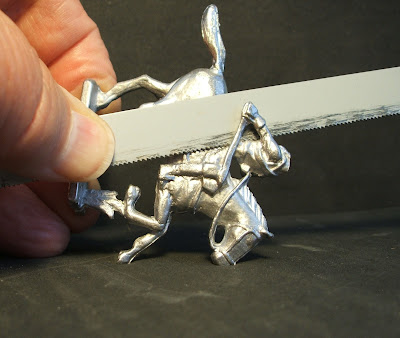 The Rossbach moulds do not include any musician, and the Karoliner and SYW do not match the style, so the best I could come up with was to cut/file away the whole right arm of an officer figure and replace with the trumpet from the SYW Austrian cuirassier. The Austrian cuirassiers are rather on the large size, so even after some filing down the trumpet arm has a bit of a 'lobster arm' effect, not brilliant but he will do (oops a bit of basing paint to clean off). 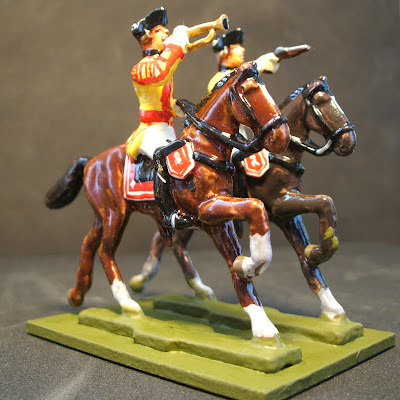 Size wise the Rossbach figures are on the small side, see comparison with the Karoliner/SYW Austrians. 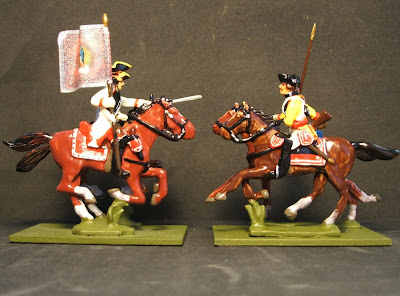 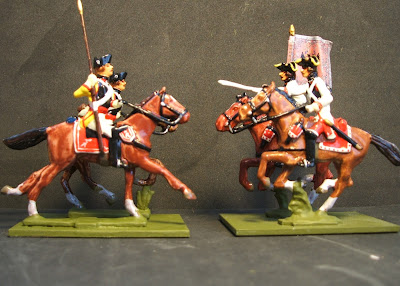 I am not overly impressed with the results, and think we really need a a figure adding to the SYW range. However having invested in the moulds I will possibly do one more unit to have some units to put on the table.
Posted by SteveM at Monday, June 15, 2020