I decided to make some light troops for a project I am planning. Hopefully PA will bring out some dedicated moulds in the near future, however in the meantime I had a play with what I currently have available. 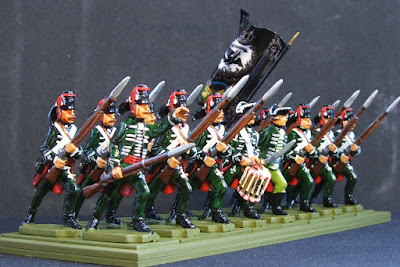 The bodies for the troops are the Hungarian infantry, with a few changes:


I appreciate the lace is all wrong, however they do what I always wanted from this range - look the part even if not 100% correct.

The figures are singly based as I am planning to use thenm with the recently published 'A Gentleman's War' rules.