Why yet another blog?


I've been collecting 40mm semi-flats and posting the odd comment and photo on the Old School wargaming site since 2006. Over the last year or so I have been helping Prince August (PA) putting together their new 'Seven Years War' range of semi-flats, so thought it worth running a blog which keeps you informed of what I know of their plans. I was putting this information on the '40mm Wargaming & Collecting' and the 'Old School Wargaming' Yahoo sites, but it was getting very long winded, and probably annoying to anyone not interested in home casting.

Also I thought it worth giving a bit of background to how the range has developed, and show off some of the games we are playing with the 40mm semi-flat figures.

So first a bit of background.


My inspiration for collecting home cast 40m semi-flats was actually nothing to do with 40mm - or home casting.  I went to the Partizan show in May 2006 I saw the excellent ‘Sittangbad’  game which was put on by ‘The War Gamers’ and suddenly realised that I needed to go back to my war gaming roots - so I decided I needed a new, well actually an ‘Old School’ project. (I had also bought a Subaru Turbo a few months earlier, so had obviously hit that difficult age!)

I really did not want to start another project which would pile up even more unpainted figures, and was conscious of all those part finished, and unused armies I had lovingly amassed over the years.

I remembered that I once had some Prince August moulds for that period, so wondered if all that mountain of unpainted lead and piles of unloved old (but nothing classic) figures could be the way to go. After some investigation I discovered that Prince August’s older HE range of 18th century 40mm moulds were designed by Holger Eriksson (hence HE), the same person who sculpted the Spencer Smith range of 30mm figures which adorn the pages of two of my favourite books ‘Charge’ and ‘The War Game’ - so the idea did have some Old School credibility.

I purchased samples of the moulds from both the HE range, and the newer Karoliner ranges and gave them a go using my ‘scrap’ lead. According to PA's website the master figures for the HE range were initially carved out of wood and still retain some features of a wood carving, they proved quite hard to cast, often required a lot of cleaning up, and need  a lot of the detail to be 'painted in', so although having a nice Old School feel, were obviously going to be hard work to build sizable armies. The newer Karoliners were a little more rounded, more detailed and easier to cast; in most cases they are re sculptured (not by Holger Eriksson) versions of the HE figure, and have retained some of the charm of the older figures.

Both of these ranges represent 18th Century Swedish armies, with turn backs and waist belts worn outside of the coats. This uniform also makes a passable mid-18th Century French, and PA also sell them under the labels ‘French Regiments of 1750’ and ‘Irish Wild Geese’ but they are really the same moulds. So I decided to build myself a French army using the Irish range which are essentially Karoliners, but with a very useful advancing infantryman which only occurs in this range as mould I-903.

I soon collected together quite a few kilos of unloved figures, both from my own 'collection' and from my wargaming friends......... 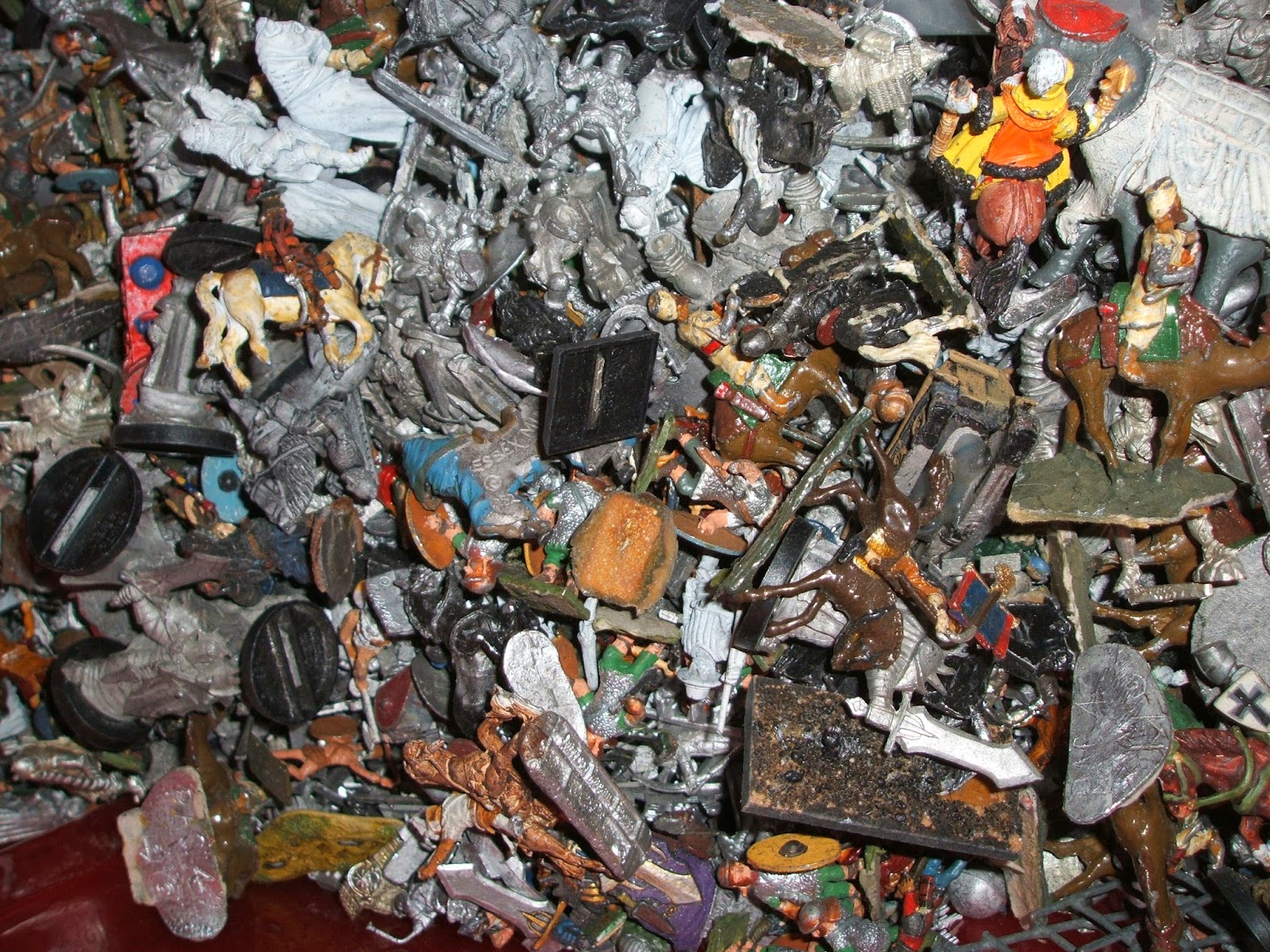 (I have an understanding wife - however I think she still prefers not to see what I am doing in the kitchen. But however understanding, if you melt figures with paint on it is better to do it outside - they give off a lot of fumes!) 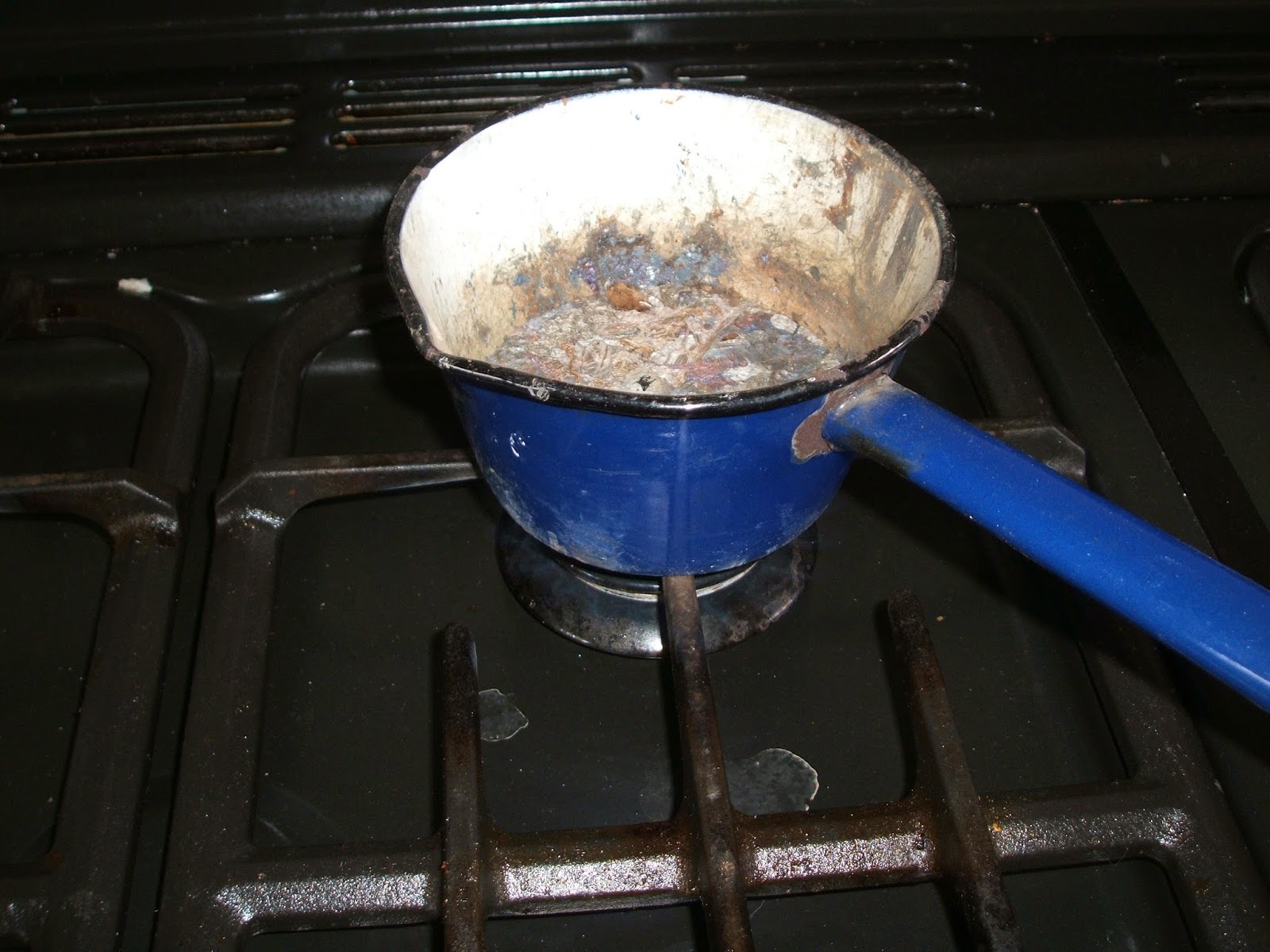 Then re-cast using the high tech method of drop casting.....
(Which I generally use moulds paired up so they are more stable, and just use thick elastic bands to hold them together. Note that it is better to use three bands rather than the two shown, just in case one snaps with the lead in the mould!). 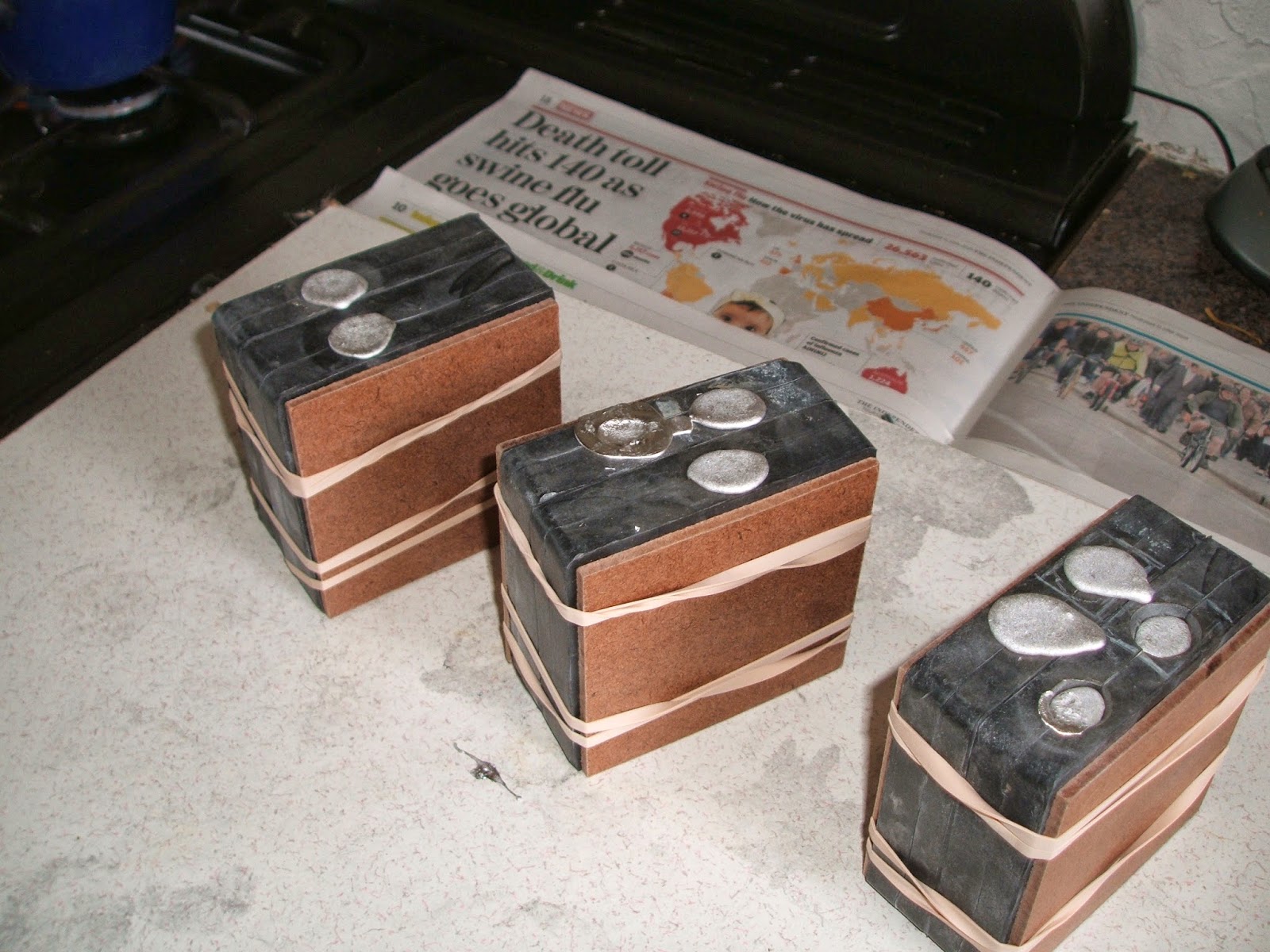 And turned into nice new shiny units (well mine are shiny), it really is satisfying turning old unwanted figures into a new army! A unit similar to the one below can be cast using just two moulds:
- I-903 Officer and Advancing Infantryman
- I-904 Standard Bearer and drummer:

I will show how the armies developed from here, in later postings.
Posted by SteveM at Thursday, March 27, 2014